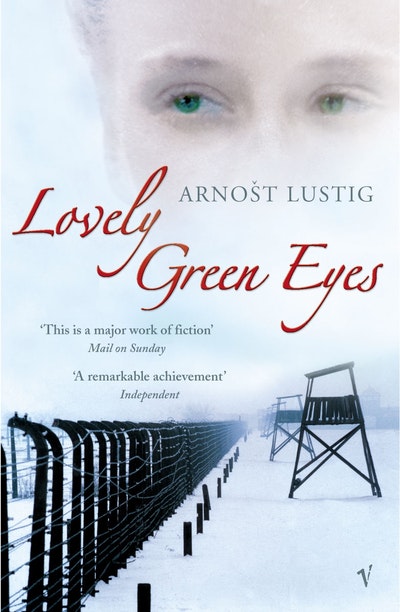 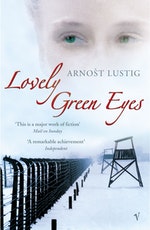 'Lustig shows us that in language exists the power that often eludes us in life, the power to record, to accuse, to confess and most important, to renew and transcend' Mark Bautz, Washington Times

Fifteen-year-old Hanka Kaudersova has ginger hair and clear, green eyes. When her family is deported to Auschwitz, her mother, father and younger brother are sent to the gas chamber. By a twist of fate, Hanka is faced with a simple alternative: follow her family, or work in an SS brothel behind the eastern front. She chooses to live, her Aryan looks allowing her to disguise the fact that she is Jewish. As the German army retreats from the Russian front, Hanka battles cold, hunger, fear and shame, sustained by her hatred for the men she entertains, her friendship with the mysterious Estelle, and her fierce, burning desire for life.

LOVELY GREEN EYES explores the compromises and sacrifices that an individual may make in order to survive, the way a woman can retain her identity in the face of appalling trauma, and the value of human life itself.

This is a remarkable novel, which soars beyond nightmare, leaving the reader with a transcendent sense of hope.

Arnost Lustig was born in Prague in 1926. In 1942 he was sent by the Nazis to Theresienstadt and later to Auschwitz, where his father died in the gas chambers, and finally to Buchenwald. He left Czechoslovakia after the Soviet occupation in 1968. He settled in 1970 in Washington D. C., where he was Professor of Literature at the American University. He is the author of The Unloved, Diamonds of the Night, A Prayer for Katerina Horovitzova and Night and Hope. He is a two-time winner of the Jewish National Book Award. Arnost Lustig died in February 2011.