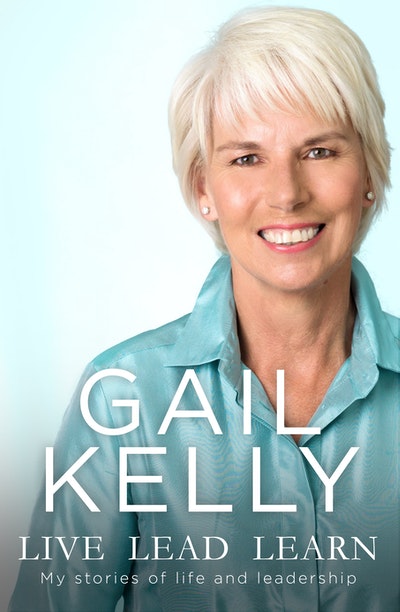 My Stories of Life and Leadership

‘There is no passion to be found playing small – in settling for a life that is less than the one you are capable of living.’

This is something that Nelson Mandela is thought to have said. I like the quote. Don’t play small. Good is not good enough. Follow your passion. Back yourself. Be yourself. Love what you do. You are capable of way more than you think you are.

I believe this. It is my experience.

I am the first to acknowledge that my life journey has been an improbable one. Latin teacher to banker. Teller to major-bank CEO. Pretoria girl to board member of the Business Council of Australia. Member of the Group of Thirty and a global adviser to the US Council on Foreign Relations. Wife and mother of four – including triplets.

I am also the first to acknowledge that I have had a lot of luck. And along the way, I’ve learned an enormous amount. In this book, I share what I have learned, my insights and experiences on what it takes to live a happy life and to be successful in leadership. This is not a memoir or a self-help book. It is not an academic textbook. To the contrary, it is intensely practical. I use my own stories and experience, personal and business, to bring the lessons and key themes to life.

My hope is that this book will help others – from all ages, all stages in their careers, across a range of different industries. Perhaps lessons I have gleaned in life and leadership will trigger some thoughts of things to try, things to change, priorities to reset. Please let me know if it does.

On the weekend of 17–19 October 2008, five weeks after the fall of Lehman Brothers, a small group of banking chief executive officers from around the world gathered in an old-world hotel perched on a mountainside near Florence. Representing Westpac, I was the CEO from Australia. My colleagues came from a wide range of banks, including Citibank, Goldman Sachs, the Bank of New York Mellon, Standard Chartered, UniCredit, Sberbank and Sumitomo Mitsui. Larry Summers, a former US secretary of treasury, had joined the group as guest speaker. The management consultancy group McKinsey & Co. was our host.

The meeting had a surreal feel to it. There was an acute under­standing that the global financial system was in crisis. Equity markets had plummeted. Credit markets were in lockdown. The fear and panic that had gripped Wall Street on the day Lehman Brothers filed for bankruptcy had sent shockwaves around the world. Unlike Bear Stearns earlier in the year, Lehman Brothers had been allowed to fail. There was to be no bailout. The contagion spread fast, and each day brought fresh news of financial institutions in difficulty. Central bankers globally were linking arms and moving at pace, injecting billions into the financial system. Governments too were mobilising, developing coordinated responses. The previous week­end, the G20 finance ministers and the International Monetary Fund had met in Washington to put together a plan to best support the global economy.

In our small conference room, the mood was sombre. CEOs spoke candidly and thoughtfully as each of us shared our experi­ence of the past six months. Some of the CEOs had been personally involved over that dramatic weekend of 12–14 September in the attempts to find a lifeline for Lehman Brothers. How had we got to this point? Why had the US government responded in one way to the Bear Stearns crisis and in another to Lehman Brothers? Who might be next? What were the likely implications for financial insti­tutions and their business models for the future? For economies around the world, for industries, for jobs, for people, the conse­quences of this financial crisis might prove to be devastating. For two days, we listened and we talked. I had a sense of being enclosed in a calm and centred space while giant forces of change were erupt­ing outside.

In 48 hours, I would be back in Sydney and back at my desk. I had a lot to think about. Eight months into my new job, my agenda encompassed considerable complexity and challenge. While Australia had already been significantly impacted by the evolving financial crisis, the Lehman Brothers collapse intensified the pres­sure. It was clear that the real economy was going to be damaged, that businesses and people would suffer. As Westpac CEO, my first priority was to steer the company through the crisis. It was not, however, my only imperative. Our merger with Australia’s fifth-largest bank, St. George Bank, was weeks away from being finalised. It was critical that this transaction be successful and that we deliver on its promise. I was also deeply mindful of the ambitious man­date given to me by the board at the time of my appointment. ‘Transform the Westpac Group around customers’ – this was my charge.

As I packed my bags and headed for home, I asked myself the question: do I have what it takes to do this?

I realised that I would need to draw on every life and leader­ship lesson of my journey so far. I would need to dig deep and back myself. It would be essential to keep learning. Little did I know that some of my biggest lessons on how to live and lead were yet to come. 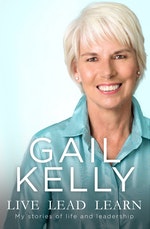 Inspiring, practical, generous and optimistic, one of our finest communicators and most successful businesswomen shares what she’s learned about leadership, the culture of the workplace and the vital importance of living a whole life.