While the Dark Multiverse invades the DC Universe, the World's Greatest Heroes unite to save our world from the threat of Perpetua and the Omega Knight in this tale written by Joshua Williamson.

As this epic begins, Nightwing is on a mission to Brimstone Bay to rescue the evil Legion of Doom from the clutches of Perpetua--but to do so, he'll need help from none other than Lex Luthor! Along the way, fans will see a reunion of New Teen Titans Nightwing, Cyborg, and Starfire; Detective Chimp will reveal his darkest secret; Hawkgirl hunts the Martian Manhunter; and, at last, the Legion of Doom will be freed--but will they help the Justice League or betray them?
Collects Justice League #53-57. 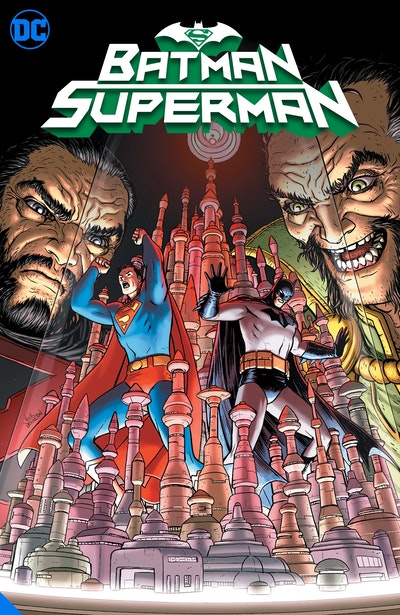