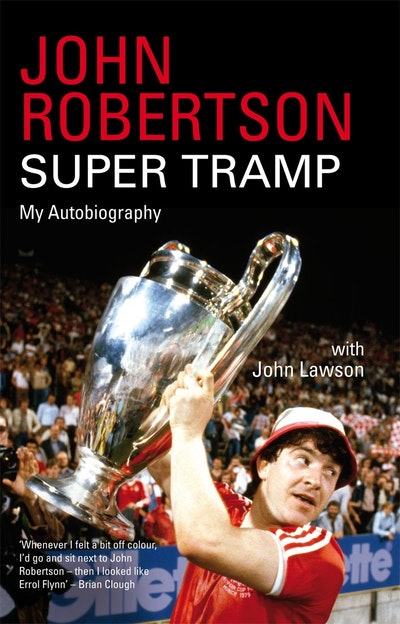 'Whenever I felt a bit off colour, I'd go and sit next to John Robertson - then I looked like Errol Flynn'- Brian Clough

The unprecedented success of Nottingham Forest under master manager Brian Clough is one of the greatest stories in football folklore. Winning the European Cup in 1979 and 1980 were the remarkable highlights of that era in the club's history. And the player at the heart of those Forest glories was winger John Robertson, who fashioned the goal that conquered Europe a first time and then scored the match-winner as Clough's side retained the trophy.

His unkempt and unshaven appearance made him the most unlikely of footballers but his artistry and vision made him the creative on-the-field force behind a Forest side that swept all before them.

After retiring from playing, Robertson went on to strike up a wonderfully successful managerial partnership with Martin O'Neill at Leicester, Celtic and Aston Villa. Yet, amid his years of football fame, Robertson has known moments of deep personal tragedy, with the death of his daughter, who had cerebral palsy, at the age of 13 and the loss of his elder brother in a car crash.

In John Robertson: Super Tramp, the footballing legend reveals all in a humorous and touching memoir that switches engagingly between footballing glory and personal heartache.

John Robertson’s football journey took him from the Glasgow suburbs to European heights with Forest. On the international front he won 28 Scotland caps and experienced the ecstasy of scoring the winning goal against England at Wembley.

John Lawson is a journalist of more than 40 years’ standing and has specialised for the most part of his career in football and cricket writing.