Writings that shed new light on one of the most gifted, if reclusive, poets of thefin-de-siècle.A lost poet of the decadent era, Lionel Johnson is the shadow man of the 1890s, an enigma “pale as wasted golden hair.” History has all but forgotten Johnson, except as a footnote to the lives of more celebrated characters like W. B. Yeats and Oscar Wilde.Johnson should have been one of the great poets of the age but was already drinking eau-de-cologne for kicks while a teenager at Winchester College. His attraction to absinthe damaged his fragile health and cast him forever into a waking dream of haunted rooms and spectral poetry. A habitual insomniac, he haunted medieval burial grounds after dark, jotting down the epitaphs of the gone-too-young, as if anticipating his own early demise at the age of 35—falling from a bar stool in a Fleet Street pub.It was rumored that Johnson performed “strange religious rites” in his rooms at Oxford and experimented with hashish in the company of fellow poet Ernest Dowson. Moving to London, he fell in with Simeon Solomon, Oscar Wilde, and Aubrey Beardsley, and would contribute to the leading decadent publications of the day, including The Chameleon, The Yellow Book, and The Savoy.Like a glimmering of a votive candle in one of Johnson's dream churches, Incurable sheds new light on one of the most gifted, if reclusive, poets of thefin-de-siècle. Containing a detailed biography, illustrations, rare and unusual material including previously unseen letters, poetry, and essays, Incurable pays tribute to this enchanting and eccentric poet while providing fresh insight into an era that continues to fascinate. 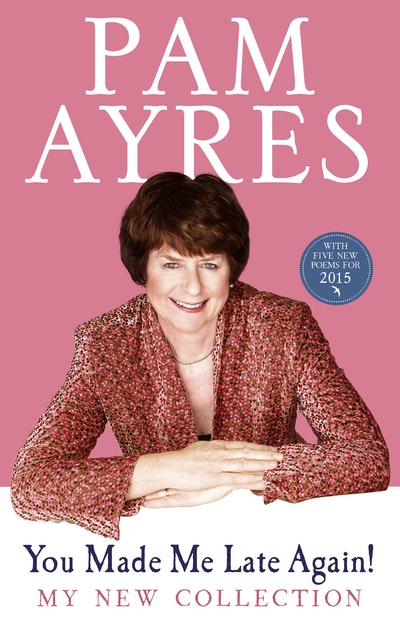 You Made Me Late Again!
Pam Ayres