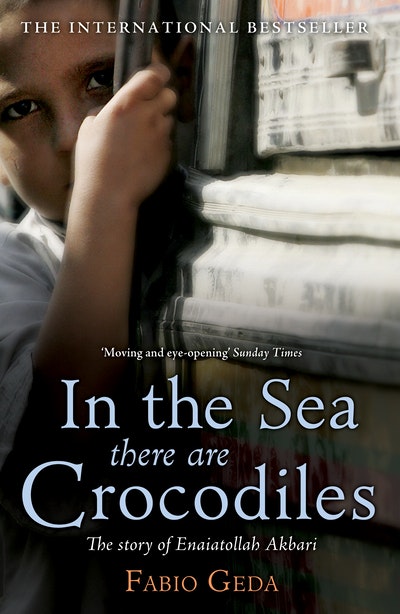 In the Sea there are Crocodiles 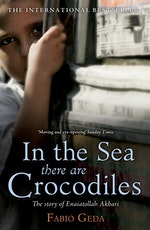 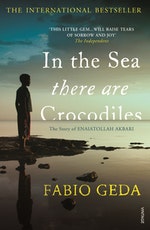 A beautiful, heartbreaking novel based on the true story of an Afghan boy's journey in search of a home.

One night before putting him to bed, Enaiatollah's mother tells him three things: don't use drugs or weapons, don't cheat, don't steal. The next day he wakes up to find she isn't there. Ten-year-old Enaiatollah is left alone at the border of Pakistan to fend for himself.

In a book that takes a true story and shapes it into a beautiful piece of fiction, Italian novelist Fabio Geda describes Enaiatollah's remarkable five-year journey from Afghanistan to Italy where he finally managed to claim political asylum aged fifteen. His ordeal took him through Iran, Turkey and Greece, working on building sites in order to pay people-traffickers, and enduring the physical misery of dangerous border crossings squeezed into the false bottoms of lorries or trekking across inhospitable mountains. A series of almost implausible strokes of fortune enabled him to get to Turin, find help from an Italian family and meet Fabio Geda, with whom he became friends.

The result of their friendship is this unique book in which Enaiatollah's engaging, moving voice is brilliantly captured by Geda's subtly simple storytelling. In Geda's hands, Enaiatollah's journey becomes a universal story of stoicism in the face of fear, and the search for a place where life is liveable.

Born in Turin in 1972, Fabio Geda is an Italian novelist who works with children in difficulties. He writes for several Italian magazines and newspapers, and teaches creative writing in the most famous Italian school of storytelling (Scuola Holden, in Turin). In the Sea There Are Crocodiles is his first book to be translated into English. 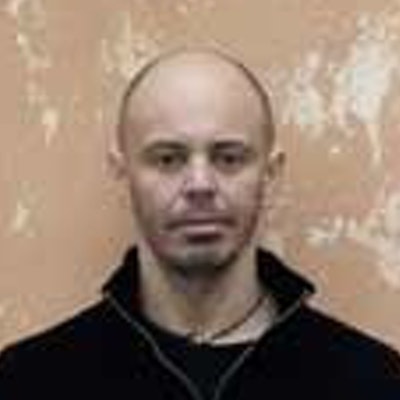 Praise for In the Sea there are Crocodiles

“A true story woven into a wonderful piece of fiction . . . This is a story of perseverance and endurance made all the more moving as it is based on truth”

“Fabio has a poetic turn of phrase, but lets events speak for themselves. The result is a moving and eye-opening chronicle of hardships no child should have to endure, mitigated by intermittent kindness”

“Geda's voice combines the plucky survivor's determination of his charge with moments of pathos-soaked poignancy and others of joyful laughter . . . This little gem, beautifully and unobtrusively translated, will raise tears of sorrow and of joy”

“Based on a true story, this extraordinary tale of a young boy's search for a home will be published simultaneously in adult and YA editions”

“This powerful true-life tale ... is sure to appeal to fans of historical fiction.”

Carousel 'Pick of the Year'