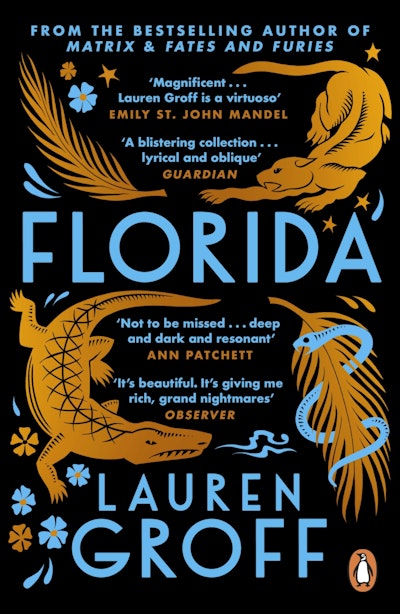 New York Times bestseller Lauren Groff returns with a new book as bold and consuming as her novel Fates and Furies.

**A BARACK OBAMA BOOK OF THE YEAR**

In these vigorous stories, Lauren Groff brings her electric storytelling to a world in which storms, snakes and sinkholes lurk at the edge of everyday life, but the greater threats are of a human, emotional and psychological nature. Among those navigating it all are a resourceful pair of abandoned sisters; a lonely boy, grown up; a restless, childless couple; a searching, homeless woman; and an unforgettable conflicted wife and mother.

The stories in this collection span characters, towns, even centuries, but Florida - its landscape, climate, history and state of mind - becomes the gravitational centre. With shocking accuracy, Groff pinpoints the connections behind human pleasure and pain, hope and despair, love and fury - the moments that make us alive.

Lauren Groff is the author of three New York Times bestselling novels – Fates and Furies (named by Barack Obama as his favourite book of 2015), The Monsters of Templeton and Arcadia – as well as the story collection Delicate Edible Birds. She graduated from Amherst College and has an MFA in fiction from the University of Wisconsin–Madison. Groff’s fiction has won the Pushcart Prize and the PEN/O. Henry Award, among others, and has been shortlisted for the Orange Award for New Writers and the Los Angeles Times Book Prize. In 2017, she was named one of Granta’s Best of Young American Novelists. Her stories have appeared in publications including The New Yorker, the Atlantic,One Story and Ploughshares, and in several of the annual TheBest New American Stories anthologies. She lives in Gainesville, Florida, with her husband and two sons. 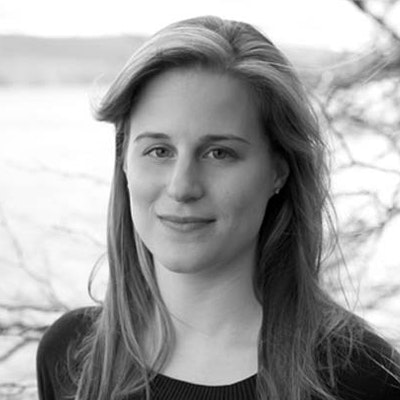 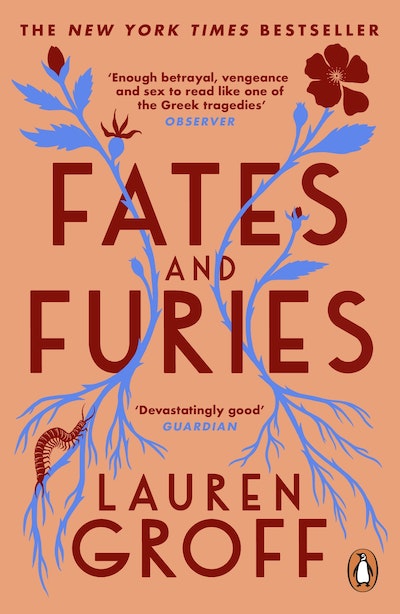 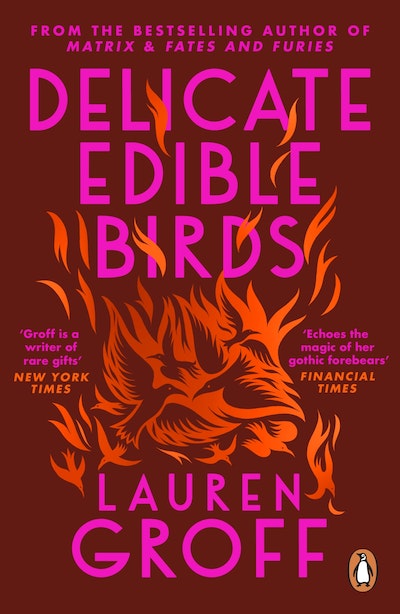 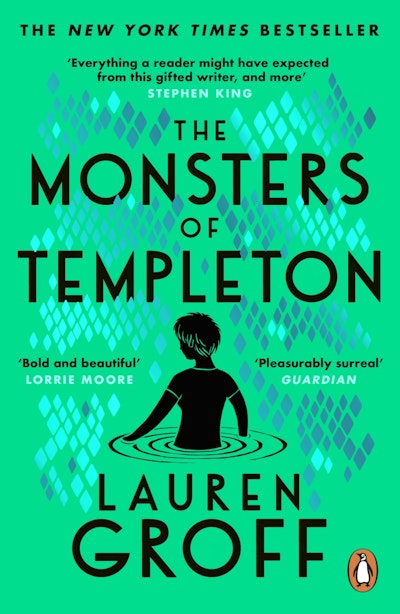 Florida is a magnificent collection, executed with tremendous depth and precision, unsettling in the best possible way. Lauren Groff is a virtuoso.

It's beautiful. It's giving me rich, grand nightmares.

One of the most eagerly anticipated short story collections of the year.

She boldly explores conflicts and connections between everything from humans and their natural surroundings to pleasure and pain.

Don't tell yourself you don't like short stories, because these are not to be missed. The book is deep and dark and resonant. Every story plays in some way on the others and in the end the total is worth even more than the sum of its beautiful parts.

Though Groff moves adroitly through an impressive range of lives, times, and places, the stories often seem propelled more by a supercharged pathetic fallacy than by action and character . . . the landscape and fauna seem to make metaphor on a monumental scale. . . . The book stages an intriguing relationship between the individual and the collective . . . Climate change, though explicitly addressed only in glances, is a palpable threat, given a force still unusual in fiction by a treatment that makes it hard to distinguish from interior phenomena.

the collection testifies to Groff's brilliance as a writer of both places and people. She grapples with interpersonal relations and the inner lives of others with perceptiveness, wit and emotional engagement

The realism of Groff's stories is matched by her lyricism: botanical details and evocations of weather give her prose an addictive quality

Florida feels innovative and terribly relevant. Any one of its stories is a bracing read; together they form a masterpiece.

An unsettling, stinging collection that feeds on Florida's paradoxes.

She is an example of writers who can do everything - dialogue, structure, the throb and hum of inner life - so brilliantly. The result is so heady and evocative, you'll be wafting away imaginary heat waves and checking your room for scaly threats as you read, while Florida's cast of lost, sad and sometimes cruel characters will stick with you far longer.

The collection testifies to Groff's brilliance as a writer of both places and people. She grapples with interpersonal relations and the inner lives of others with perceptiveness, wit and emotional engagement.

These psychological stories, whose impeccable structures are at odds with the chaos they often describe, provide glimpses into a variety of lives under the same tempestuous sky.

There are panthers, snakes and hurricanes heading in the direction of the angry, lonely characters in Lauren Groff's vivid stories, but the greatest threat comes from their own unwieldy feelings, as doubt, regret and dissatisfaction scupper all notions of emotional security.

My god, can Lauren Groff write or what?! ... This short story collection showcases a master craftswoman whose sentences reverberate with depth and power.

[A] strikingly vivid Florida of the mind.an extraordinary trip for the reader.

This is what she shows in story after story: a heroic pushback against the way we live now, against waste, against the artificial environments in which we find ourselves maintained by corporations, but equally against the pressures on women to be flawless, effortlessly excellent mothers, wives, sisters, lovers, friends, within this dire state of affairs . Groff's lyrical and oblique stories catch these women in the midst of becoming aware of their complicity in perpetuating these narratives - to which their response is to walk, flee, or conversely refuse to budge, as in the dazzlingly apocalyptic 'Eyewall' . The hot, humid Floridian atmosphere hangs over all the stories . Every woman, every snake, is fighting back against the laws of nature, and the human-made Eden that threatens to imprison, or end, them all.

Groff's writing is superb and she captures her characters eccentricities or their bizarre situations perfectly. There are laugh out loud moments with some parts that were odd and some even creepy. Everyone who will read this collection will definitely get something out of it.

Groff's writing is clever, caustic yet with a mother's tender sensibility. And such powers of description!... I was blown away!

A connoisseur of the tension between appearance and depth. Her dazzling third novel, Fates and Furies, a portrait of a marriage built on secrets, was nominated for the National Book Award. Her new collection plunges into similarly murky terrain . There is more than a little of David Lynch in Ms Groff's Floridian landscape: exotic and bright, yet pulsing with hidden malevolence . Real and metaphorical storms proliferate, along with ghosts, alligators and snakes. Two menaces in particular slither through Ms Groff's work: the obliteration of women by marriage and motherhood, and looming environmental collapse . Against these threats Ms Groff sets the particularity of individual lives, love and above all language. Her own is alive to Florida's lush, beguiling beauty . Ms Groff's writing is marvellous, her insights keen, each story a glittering, encrusted treasure hauled from the deep.

Lush, and tinged with paranoia.[Groff] should be better known in Britain.

A kaleidoscopic portrait of one state.

Explores the contradictions of a maddening and seductive state . Female characters in the collection find themselves isolated and endangered, exposed and compelled to let the elements have their way with them.

A lushly evocative collection of stories about the Sunshine State, its inhabitants and its history . Mesmerising . In her previous book, Fates and Furies - which was picked by Barack Obama as his favourite read of 2015 - Groff painted a psychologically rich portrait of a marriage as told from both sides. She brings the same attention to detail to Florida, in a multifaceted portrayal of both the state and its inhabitants . The Florida winter wraps itself around "camellias and peach trees and dogwoods and oranges", but it is the summer she captures so well . She's a writer whose turn of phrase can stop you in your tracks . Something untameable lurks restlessly beneath the surface of this book. Groff's incomparable prose pulsates with peril; its beauty, like that of the titular state itself, lies in a certain wild lushness.

Groff's mastery of language, plot and dialogue are on full display in a set of stories that linger long after you've closed the last page.

[A] masterclass in writing about the edges of everyday life. This collection of short stories that all link to the Sunshine State captures loneliness, alienation, abandonment and inner resourcefulness in the most creative of tales.

Fantastical tales ... You'll be swept up in a wild hurricane of a ride with this lyrical stories of fury and love, loss and hope.

Each story is perfectly formed, exquisite, often troubling but there is something so brilliantly humane about her work. 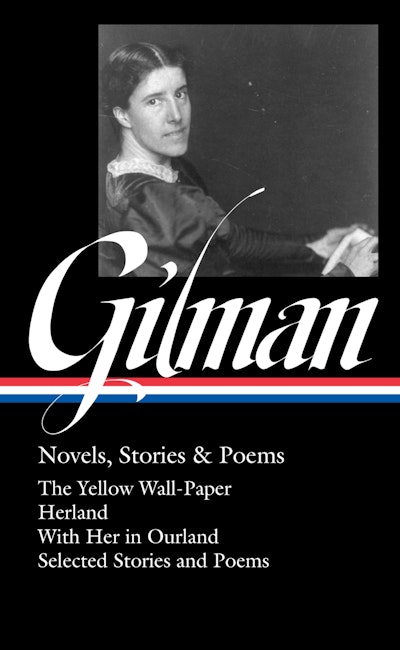