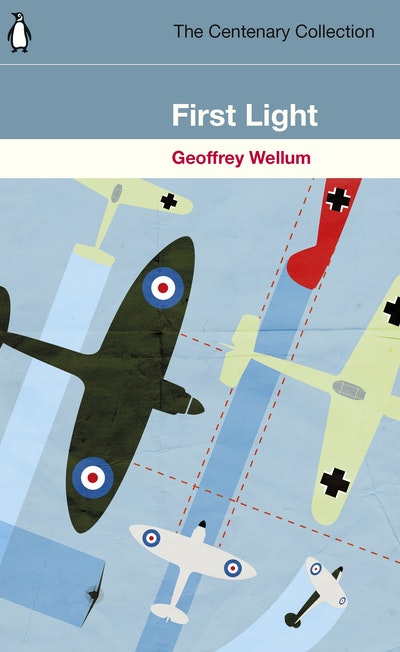 Battle of Britain memoir by Geoffrey Wellum, the youngest Spitfire pilot of the prestigious 92 Squadron, part of the Centenary Collection (100 Years of the RAF)

In 1918, the RAF was established as the world's first independent air force. To mark the 100th anniversary of its creation, Penguin are publishing the Centenary Collection, a series of six classic books highlighting the skill, heroism esprit de corps that have characterised the Royal Air Force throughout its first century.

Two months before the outbreak of the Second World War, eighteen-year-old Geoffrey Wellum becomes a fighter pilot with the RAF...

Desperate to get in the air, he makes it through basic training to become the youngest Spitfire pilot in the prestigious 92 Squadron. Thrust into combat almost immediately, Wellum finds himself flying several sorties a day, caught up in terrifying dogfights with German Me 109s.

Over the coming months he and his fellow pilots play a crucial role in the Battle of Britain. But of the friends that take to the air alongside Wellum many never return.

Thrilling and frightening on virtually every page . . . Wellum takes you into battle with him

Amazingly fresh and immediate . . . an extraordinarily gripping and powerful story