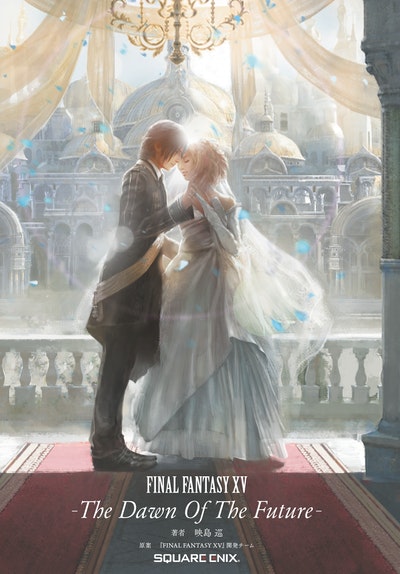 The Dawn of the Future

To oppose the gods or yield to fate?

That is the question confronting each of the characters in The Dawn of the Future. Ardyn, having saved countless lives from the Starscourge, means to become the Founder King of Lucis and instead is cast into tragic exile. On the day the Empire falls, as the imperial capital collapses around them, Commodore Aranea is entrusted with the life of a singular young girl. The Oracle Lunafreya, upon awakening from the slumber of death, discovers that her body has undergone an extraordinary transformation. And after gazing upon the eternal, Noctis, the True King, finally comes to terms with his destiny. Herein lie the stories of the dawning of a new world in Final Fantasy XV.