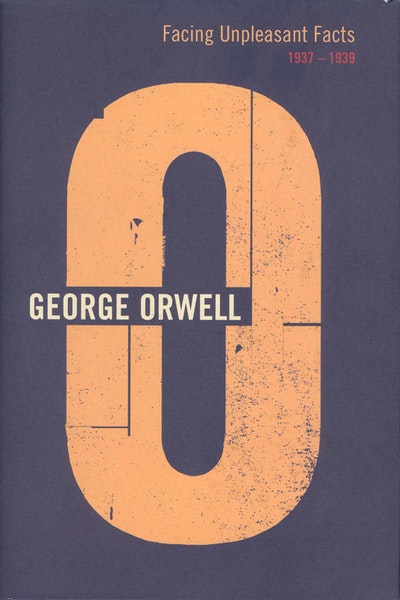 Volume 11 of The Complete Works of George Orwell

Volume 11 of The Complete Works of George Orwell

These years saw the publication of The Road to Wigan Pier, Homage to Catalonia, and Coming Up for Air. The most important document that has come to light regarding Orwell's Spanish experiences is the deposition charging him and Eileen with espionage and high treason, a charge unknown to them. This is fully analysed and can now be read in the context of the disputes that then divided the Left, well illustrated by the letters and documents printed here, notably his bitter response to Authors Take Sides on the Spanish War. The correspondence includes that with Yvonne Davet, who undertook the translation of Orwell's books into French; George Kopp, Orwell's commandent in Spain; and a number of Eileen's letters; Orwell's 'Diary of Events Leading Up to the War' (2 July - 1 September 1939); his Domestic Diary (9 August 1938 - 29 April 1940), which records in detail his attempts at running a smallholding; his extracts from Daily Worker and News Chronicle reports on the Spanish Civil War; and his Marrakech Notebook with illustrations are reproduced. Many letters not previously published are included, and there is a large number of reviews. This volume also includes a sequence of letters that throws a completely new light on Orwell's personal relationships.