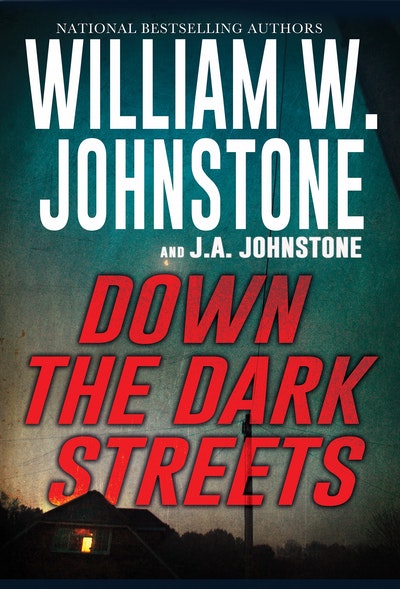 Down the Dark Streets

From bestselling authors William W. and J.A. Johnstone, comes an all too plausible narrative of how far greed can go, as a shocking wave of mass evictions triggers a national crisis, a media meltdown—and all-out war.

THIS IS NOT THE AMERICA WE LOVE.

From coast to coast, American families are losing their homes. Evicted with little notice and tossed into the streets by predatory bankers, landlords, and real estate developers, these once-proud homeowners have invested their lives in the American Dream—only to see it turn into a nightmare. But one tightknit community is fighting back. They’ve decided to stand their ground, defend their homes, and fight the power—with firepower…

Enter Joseph Knox, a military veteran whose parents have been targeted in an illegal scheme to turn their quiet but slightly rundown neighborhood into luxury condos. The man behind the project has the backing of greedy investors, sleazy lawyers, and a corrupt police force. But the Knox family has backing, too—a makeshift army of real Americans who refuse to surrender. With some last-minute training from Joe Knox and his brother John—and a small arsenal of weapons—this ragtag team of senior citizens will do whatever it takes to save their homes. Even kill if they have to.