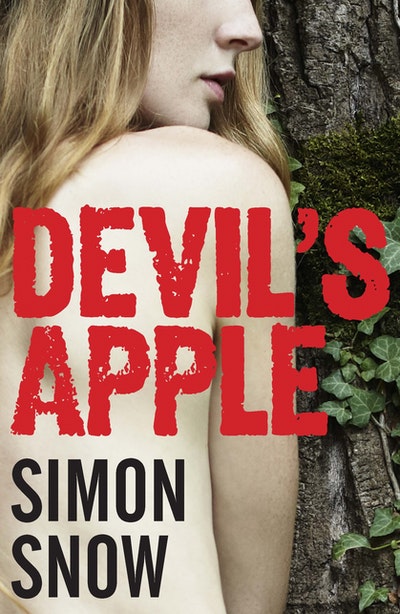 George Todman is a recluse, drinking his way to oblivion in the remote West Coast bush. His life, though, is transformed when the striking flower-child Rainbow starts turning up on the far bank of the river to dance naked. When Rainbow is found dead, Todman is drawn into the hunt for her killer.

The locals regard Todman as the primary suspect, but Linda Loveridge, a feisty and irreverent Detective Constable, soon discovers he is an ally. Together they explore the tensions in a community on the outer edge of civilisation, where prejudice, mistrust of outsiders, logging feuds, drug trafficking, rumours of witchcraft and corruption abound. Will the truth be uncovered in one of the last eccentric but beautiful frontiers?

Simon Snow was born in England but moved to New Zealand as a boy of eight. He holds an MA with honours in English Literature, but rejected a conventional career to pursue a self-sufficient lifestyle with his wife, Adelaide, and four sons. He has been variously a small-farmer, slaughterman, bushman, possum trapper, commercial fisherman, whitebaiter and teacher. The mountains and the bush are an abiding passion.

In all good thrillers, the hunters inevitably become the hunted - and Devil's Apple doesn't disappoint. For good measure there is also a dash of steamy sex, providing both relief from the building suspense and adding an element of danger to the protagonists' predicament. Simon Snow is a very nice writer. The passages describing the unique beauty of the bush, that provides both a backdrop and a frame to the mystery that unfurls, make for pleasing prose. Yet he doesn't make the same mistake as many authors of paying too much attention to the words and not enough to the plot. It's a gripping story, and he tells it well.

Snow combines authentic, rough West Coast dialogue . . . with sensitive observations of people and descriptions of the landscape. He seems to have at least some sympathy for all his characters, whether they are rednecks or hippies. In this, his first novel, he has set himself a difficult task. It’s quite a balancing act, juggling the different elements of the book, but he never drops a ball. Warmly recommended.