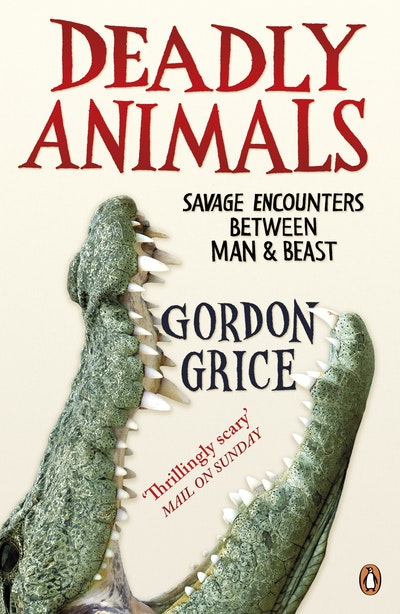 Savage Encounters Between Man and Beast

Wry, gripping and simply unbelievable: the world's most authoritative compendium of animal attacks on human beings

Consider, if you can, the case of Jacob Fowler, who heard what he thought was the sound of his own skull cracking between the jaws of a grizzly bear - only to discover that it was.

Or the Arizonan jogger who ran a mile back to her car with a rabid fox clamped to her arm before driving to hospital for live-saving inoculations. Or the woman who was attacked by a hyena, dragged from her tent by her face and survived to tell of her ordeal.

The dangers of the animal kingdom are the stuff of legend but the reality of man's vulnerability and of nature's savage power is far more various, improbable and chilling than even the most active imagination would fear. In this unique work of nature writing, you will encounter the most formidable predators on land and sea - as well as the most overlooked, bizarre and inventive hazards that mother nature has to offer. Meet the cougar that can leap 40 feet and clear 8-foot fences with a fully-grown deer in its jaws, the tapeworm that's been known to grow as long as 82 feet in the human gut and the elephant that single-handedly destroyed an oil tanker.

Drawing on an enormous host of true encounters between man and beast, this is the world's most authoritative compendium of animal attacks on human beings. With mordant wit and expert timing, Gordon Grice provides a gripping journey to the dark side of the animal kingdom and a celebration of its humbling, savage glory.

(Originally published in hardback as The Book of Deadly Animals.)