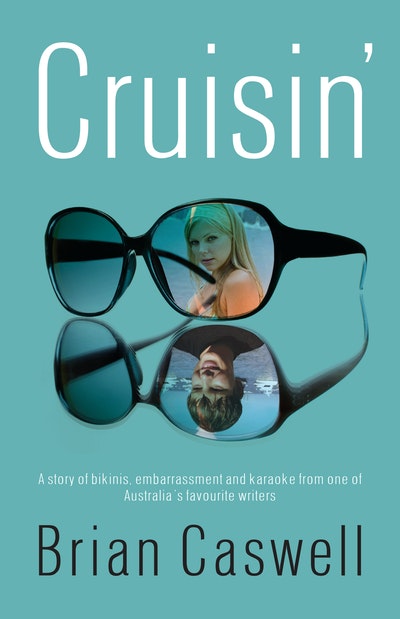 Told as a dual narrative, a writing style Caswell has made his own, between thirteen-and-a-half-year-old Jules Macaffrey and Suzi Q. After Jules' mother wins a cruise for four on the POLYNESIAN QUEEN, he discovers it's really a floating 'geriatric ward' with very little choice of companionship other than his sixteen-year-old, dancing-obsessed cousin Adrian, the very beautiful Jenna (also sixteen), wheelchair-bound Suzi Q and bully Barry Barnes.

Falling madly in love with the unobtainable Jenna, Jules develops a strong friendship with Suzi as she steers Jules through his unrequited love - with unexpected results.

Brian Caswell spent his very early years in the mountains of Wales moving to England for seven years before emigrating with his family to Australia at the age of twelve. He remembers his mother writing and reading stories to the family, and of being immersed in books from an early age. He thinks he is the only kid to have a letter sent home to his parents asking them to stop him reading. Equally central to his life as reading is his love of music. Beginning at the age of ten he had a successful career as a singer and writer of songs - one of his songs made the top 40. In the late 70's he moved out of the music industry.

Brian started teaching in 1976. Of his years as a teacher he says:'I loved teaching; for twelve or fourteen years I loved it. But when I stopped loving it, I stopped loving it totally.' Teaching English was, in a roundabout way, what got Brian into writing. Around the mid-eighties he found that many of the books set for classroom study were no longer making any impression on students. So he thought he would write one himself. He admits his first book wasn't at all good - but it was good enought for Barbara Ker Wilson, the editor for young adult fiction at the University of Queensland Press to spend time with him pointing out what worked and what didn't. As an author on the shortlist in 1989, Brian found himself invited to schools to talk to kids about his work. Listening to them helped him to develop his theory that narative structure needed to change in order to appeal to teenagers brought up in the current visually orientated world. He quite consciously set about changing his narrative style. Fourteen books later he is still experimenting.

‘It is a credit to Brian Caswell’s economic and palatable writing style that he manages to raise some powerful issues in such a slim volume. In a natural, unforced execution, events touched upon include death, family disruption, bullying, perseverance and faith. This readable novel also fills that difficult niche: older male reluctant readers.’ FOCUS ON FICTION CMIS