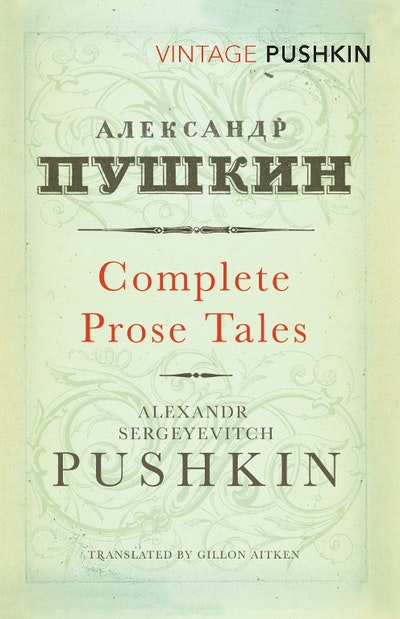 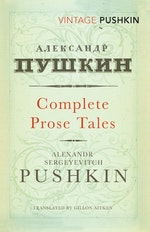 A definitive modern translation of these immensely enjoyable stories.

Beyond his perfect expression of Russian mood, Pushkin’s universality of vision has made him a permanent place in the history of world literature.Gillon Aitken’s distinguished translation is the only volume that contains all his prose fiction, including some tales which remained unfinished when Pushkin was tragically killed in a duel at the age of thirty-seven

Aleksandr Sergeyevitch Pushkin was born in 1799 in Moscow. He began writing poetry at a young age and was expelled from St Petersburg in 1820 for composing revolutionary epigrams. He also lost his job in the civil service in 1824 because of his writing,. He married Natalia Goncharova in 1832 and died in a duel defending her honour in 1837. He is considered Russia's greatest poet but in the last part of his career focussed his attention on writing his prose tales.

“Pushkin is Russia's answer to Shakespeare, the acknowledged creator of the language Russians' speak today”

“Anything by Pushkin is bound to be more enjoyable than anything by anyone else, and this fresh translation is like a new vintage of Chateau Lafitte”

“To be Russian means to love Pushkin”

“He is the lasting wonder of Russian literature”

“Pushkin has been cherished equally by Slavophiles and west-ern-isers, by tsars and Communists, by peasants and aristocrats”

“Pushkin's genius was to be, in his work, both Russian and universal; to unite beauty, strength, wit, playfulness, grace and an ability to touch the heart. He left a legacy that is a glory of world literature”