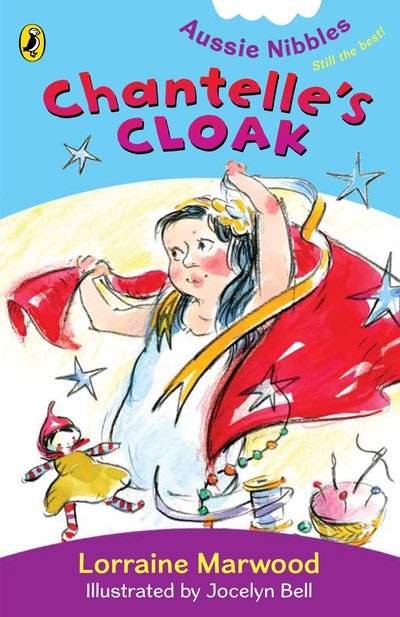 Chantelle doesn't want to be a big sister when Mum's new baby is born.  All she want is a cloak . . . so she can make herself invisible!

Chantelle doesn't want to be a big sister when Mum's new baby is born.  All she wants is a cloak . . . so she can make herself invisible!

Lorraine Marwood was born and raised in rural Victoria and has lived for most of her married life on a dairy farm with her husband and their six children. Lorraine is an award-winning poet who has been widely published in literary magazines across Australia, as well as magazines in the UK, USA, New Zealand and Canada. She has also published several children's novels and collections of poetry. Lorraine was also the recipient of a May Gibbs mentorship in children's writing.

Her previous titles (Walker Books Australia) include Ratwhiskers and Me, published in 2008, and Star Jumps which was short-listed for the Speech Pathology Australia Book of the Year Awards 2010, Lower Primary Category, a Notable mention in the Children's Book Council of Australia Awards, 2010 and won the inaugural Prime Minister’s award for children’s fiction in 2010.