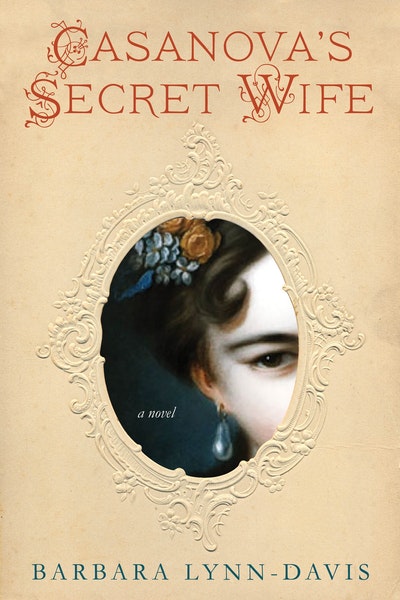 Set in eighteenth-century Venice and based on an actual account by Giacomo Casanova—here is a lush tale of desire and risk, offering a little known portrait of the writer as a young man.

“Full of passion and rich historical detail . . . an enthralling read, impossible to put down.” —Phyllis T. Smith, bestselling author of I Am Livia and The Daughters of Palatine Hill

“This is Venice beneath the mask: A dark and fascinating love story hiding in the shadows of the golden city.” —Marina Fiorato, bestselling author of The Glassblower of Murano

Caterina Capreta was an innocent girl of fourteen when she caught the attention of the world’s most infamous chronicler of seduction: Giacomo Casanova. Intoxicated by a fierce love, she wed Casanova in secret. But his shocking betrayal inspired her to commit an act that would mark her forever . . .

Now twenty years later on the island of Murano, the woman in possession of Caterina’s most devastating secret has appeared with a request she cannot refuse: to take in a noble-born girl whose scandalous love affair resembles her own. But the girl’s presence stirs up unwelcome memories of Caterina’s turbulent past. Tested like never before, she reveals the story of the man she will never forget . . .

Bringing to life a fascinating chapter in the history of Venice, Casanova’s Secret Wife is a tour de force that charts one woman’s journey through love and loss to redemption.

“Seductive and unforgettable” —Harmony Verna, author of Daughter of Australia