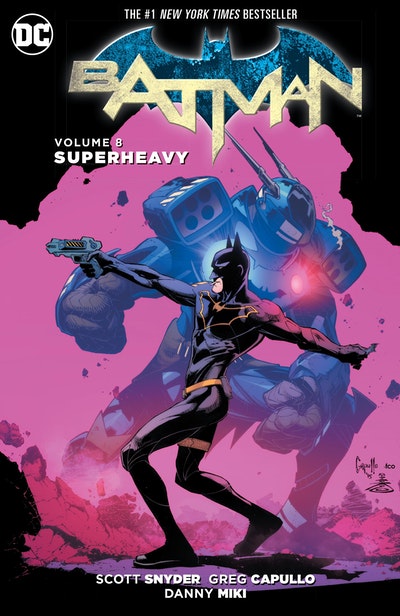 After his deadliest battle to date, Batman is bruised, battered and scarred. And forever changed.

Now, on the streets of Gotham, in place of the cape and cowl roams an 8-foot mechanized suit of armor. More powerful than ever before, Batman's pursuit of justice has never been more swift or efficient. But who is the new Dark Knight? And why is he...or she...here?

"...a great jumping-on point for anyone looking to get into what I hope will continue to be a long and continuing run on this title from one of the best creative teams it's ever had." --Nerdist  "...beautifully imagined..." --IGN "...the creative team continues to investigate the inspiration of Batman, just from a totally different, inspired perspective." --Comic Book Resources "...a great reminder of the abundance of stories that can be told with Batman at the center." --Newsarama