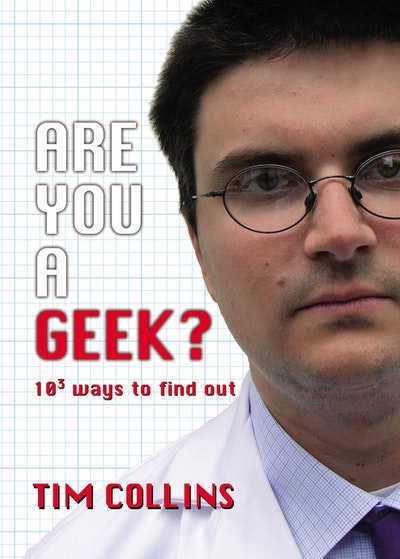 Are You A Geek?

Are You A Geek? is the ultimate humour book. It will appeal to the inner geek in all of us.

Listing 1,000 things people do that qualify them as geeks, the truths shared about obsessive behavious will be recognised by all with a pang of guilt and strike a chord with a wide audience in these nerdy times. Grading geek behaviour with a one to five point scale depending on their severity, readers can add up their scores, find out how much of a geek they are, and fill out one of the five certificates at the back of the book.

Are you a Geek? Read the book and find out...

Tim Collins is an advertising copywriter who lives in London. One day, while visiting a trendy bar in Hoxton, he admitted to himself that he'd rather be at home watching the special features of a Doctor Who DVD. It was at this point that he decided to come out as a geek. Since then, he has completed Zelda on the Gamecube, re-read Lord of the Rings, and downloaded some Radiohead onto his i-pod. He believes that everyone would be happier if they accepted their geeky sides, and has produced a book called Are You A Geek? to help them do so.