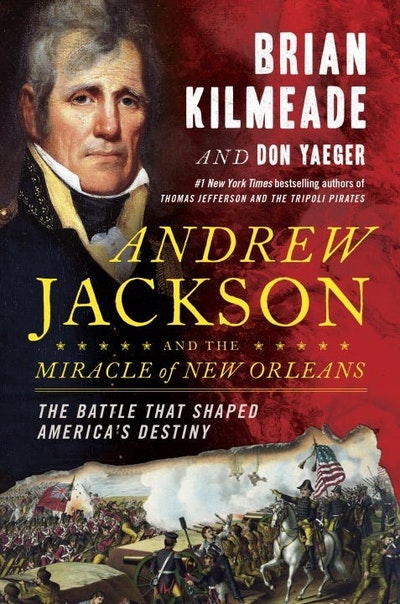 Andrew Jackson And The Miracle Of New Orleans

Another pop history pageturner from the New York Times bestselling authors of George Washington's Secret Six and Thomas Jefferson and the Tripoli Pirates.

When the British fought the young United States during the War of 1812, they knew that taking the mouth of the Mississippi River was the key to crippling their former colony. Capturing the city of New Orleans and stopping trade up the river sounded like a simple task--New Orleans was far away from Washington, out of sight and out of mind for the politicians.

What the British didn't count on was the power of General Andrew Jackson. A formidable military leader with a grudge against the British and a heart for the common man, he rallied the divided inhabitants of New Orleans, bringing together Frenchmen, Native Americans, freed slaves, pirates, and Kentucky woodsmen.

In their now trademark fashion, Kilmeade and Yaeger will trace the development of Jackson's character and bring the reader to the scenes of one of the most pivotal--and surprising--battles in American history.