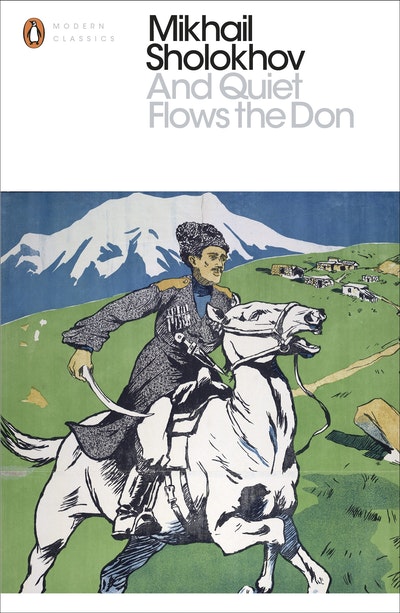 And Quiet Flows the Don

An epic novel of love, war and revolution from Mikhail Sholokhov, winner of the Nobel Prize in Literature.

One of the most important Russian masterpieces of the 20th century, And Quiet Flows the Don is an epic novel depicting the lives and struggles of Don Cossacks during the First World War, the Russian Revolution and the Civil War. The story follows the Cossack Gregor Melekhov, a tragic hero who first supports the Whites, then the Reds, and finally joins nationalist guerrillas in their conflict with the Red Army. A riveting portrait of an era, And Quiet Flows the Don explores the complicated choices people have to make when they live in the midst of a revolution.