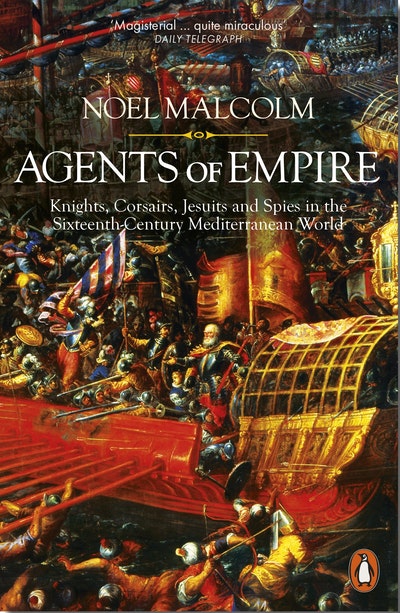 Knights, Corsairs, Jesuits And Spies In The Sixteenth-Century Mediterranean World

The sixteenth-century Mediterranean seen through the extraordinary history of a family, uncovered by one of Britain's most original scholars

Agents of Empire describes the paths taken through the eastern Mediterranean and its European hinterland by members of a Venetian-Albanian family, almost all of them previously invisible to history. They include an archbishop in the Balkans, the captain of the papal flagship at the Battle of Lepanto, the power behind the throne in the Ottoman province of Moldavia, and a dragoman (interpreter) at the Venetian embassy in Istanbul.

Through the life-stories of these adventurous individuals over three generations, Noel Malcolm casts the world between Venice, Rome and the Ottoman Empire in a fresh light, illuminating subjects as diverse as espionage, diplomacy, the grain trade, slave-ransoming and anti-Ottoman rebellion. A masterpiece of scholarship as well as story-telling, Agents of Empire builds up a panoramic picture, both of Western power-politics and of the interrelations between the Christian and Ottoman worlds.