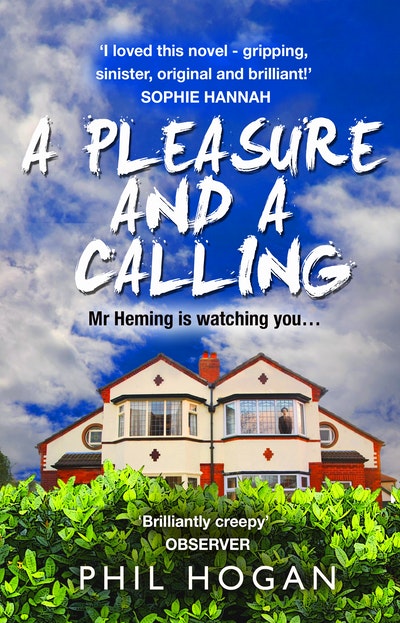 A Pleasure and a Calling 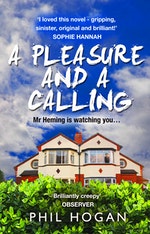 In the excitement of moving into your new home did you think to change the locks? Are you sure no-one else is making use of your key? Compelling, unsettling and macabre social satire.

You won’t remember Mr Heming. He showed you round your comfortable home, suggested a sustainable financial package, negotiated a price with the owner and called you with the good news. The less good news is that, all these years later, he still has the key.

That’s absurd, you laugh. Of all the many hundreds of houses he has sold, why would he still have the key to mine?

The answer to that is, he has the keys to them all.

William Heming’s every pleasure is in his leafy community. He loves and knows every inch of it, feels nurtured by it, and would defend it - perhaps not with his life but if it came to it, with yours...

Phil Hogan was born in Yorkshire and now lives in Hertfordshire . He is married with four children and has been a journalist and columnist on The Observer for over 20 years. He is also the author of three previous novels and a book of collected columns about family life. 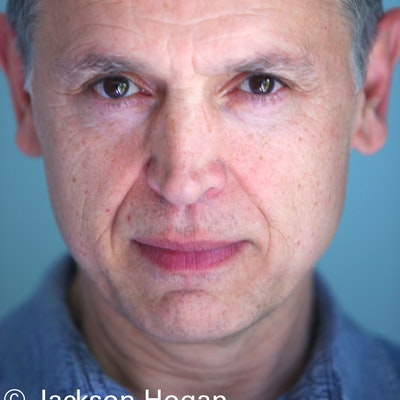 Praise for A Pleasure and a Calling

“I loved A Pleasure and a Calling - gripping, sinister, original and brilliant!”

“A wonderfully creepy novel, macabre and blackly comic with a deeply unsettling and original hero.”

“Phil Hogan is a brilliant writer.”

“A wonderfully sinister fable of property and obsession”

“Brims with wry wit and taut tension ... [and] delivers one surprise after another.”

“One to watch: An eerie page-turner.”

“In terms of subject or style… Phil Hogan resembles John Updike or Richard Yates, figures from that classical seam of American fiction so rich in detail, domesticity, and murderous compromise.”

“This book is a truly terrifying, creepy, disturbingly real tour de force, showing how trusting we can be with modern services and suppliers, people who we let in our lives and houses. Read it and be afraid.”

“About an estate agent who keeps keys of the properties he sells - it's sure to creep us out ... a novel to watch out for”

“Powerfully menacing… full of brilliant comic timing… Not since Tom Ripley or Count Fosco in The Woman in White have I been as fascinated and horrified simultaneously by a villain as I was by Mr Heming. At under 300 pages A Pleasure and a Calling packs a lot into its slim frame.”

“The only book I've ever read through my fingers over my eyes… Clever stuff!”

“You’ll definitely want to change your locks after reading this original and darkly funny novel that will send shivers down your spine.”

“William Heming is cut from the same cloth as Barbara Covett in Zoë Heller’s Notes On A Scandal, another unreliable narrator with whom we really should not be siding, but who proves so engaging that we can’t help but go along for the ride... in this gripping, thrilling novel.”

“There is a delicious feeling of complicity in his misdemeanours: Heming gets inside your head as easily as he gets into his neighbours' houses... a superbly plotted and genuinely creepy novel. It deserves to be a bestseller.”

“A creepy and unexpected tale that will remain with the reader long after the book is finished.”

“A gripping psychological thriller that pegs out the creep-o-meter with its chilling, original plot ... Readers won’t soon forget this first-rate, white-knuckle suspense novel.”

“Channeling the socially detached and unnerving personality of Nabokov’s Humbert Humbert, Phil Hogan creates a character that will inspire intrigue as well as ire ... This perfect­ly paced psychological suspense story is a roller-coaster ride through paranoia and manipulation.”

“Our mystery and thriller preview is filled with unhinged killers, criminal masterminds, and relentless stalkers, but no one gives us the heebee jeebees like William Heming ... this tale will have you wanting to change your locks by the time you’ve turned the final page.”

“It is in Hogan’s handling of Heming’s slowly pointed self-revelation through his own voice that the brilliance of the novel is achieved … Hogan manages to create a voice both unreliable, amoral and almost charming ... A Pleasure and a Calling is an enthralling psychological thriller ... William Heming, a man no one takes notice of, is a man readers will remember”

“The word ‘creepy’ (attached to descriptive adverbs like ‘insanely’ and ‘diabolically’ or even ‘deliciously’) immediately comes to mind.”

“The first-person portrayal of a truly cold-blooded protagonist is a hard thing to pull off, especially one whose outward appearance is so benign but Phil Hogan has created an antihero horrifically ruthless and disquieting.”

“Hogan's fourth novel visits some dark places, and its enigmatic narrator and Middle England setting are brilliantly realised. This is a compelling read that leaves a prickle on the neck and doubts in the mind.”

“Strongly reminiscent of the disturbing thrillers of Patricia Highsmith, notably in the ways in which the truly malign can lurk beneath the most ordinary of people and circumstances.”

“The first-person portrayal of a truly cold-blooded protagonist is a hard thing to pull off but Phil Hogan has created an antihero horrifically ruthless and disquieting.”