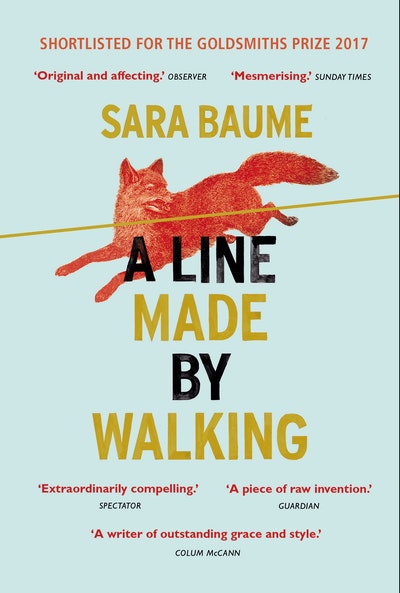 A Line Made By Walking 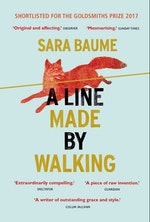 A Line Made by Walking, by the critically acclaimed author of Spill Simmer Falter Wither, is a beautiful and elegant novel by a writer whose empathy shines a bright, piercing light on the heart-breaking realities of being alive.

SHORTLISTED FOR THE GOLDSMITHS PRIZE 2017

‘When I finished Sara Baume’s new novel I immediately felt sad that I could not send it in the post to the late John Berger. He, too, would have loved it and found great joy in its honesty, its agility, its beauty, its invention. Baume is a writer of outstanding grace and style. She writes beyond the time we live in.’ Colum McCann

Struggling to cope with urban life – and with life in general – Frankie, a twenty-something artist, retreats to the rural bungalow on ‘turbine hill’ that has been vacant since her grandmother’s death three years earlier. It is in this space, surrounded by nature, that she hopes to regain her footing in art and life. She spends her days pretending to read, half-listening to the radio, failing to muster the energy needed to leave the safety of her haven. Her family come and go, until they don’t and she is left alone to contemplate the path that led her here, and the smell of the carpet that started it all.

Finding little comfort in human interaction, Frankie turns her camera lens on the natural world and its reassuring cycle of life and death. What emerges is a profound meditation on the interconnectedness of wilderness, art and individual experience, and a powerful exploration of human frailty.

Sara Baume was born in Lancashire and grew up in County Cork, Ireland. She studied fine art and creative writing and her fiction and criticism have been published in anthologies, newspapers and journals such as the Irish Times, the Guardian, The Stinging Fly and Granta magazine. She has won the Davy Byrne’s Short Story Award, the Hennessy New Irish Writing Award, the Rooney Prize for Literature, an Irish Book Award for Best Newcomer and the Kate O’Brien Award. Her debut novel, Spill Simmer Falter Wither, was shortlisted for the Costa First Novel Award and longlisted for the Guardian First Book Award, the Warwick Prize for Writing and the Desmond Elliott Prize. She has received a Literary Fellowship from the Lannan Foundation in Santa Fe, New Mexico. A Line Made by Walking is her second novel. She lives in West Cork. 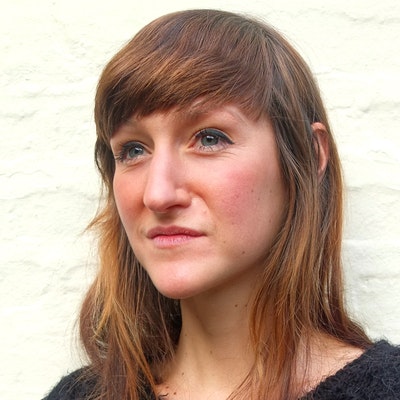 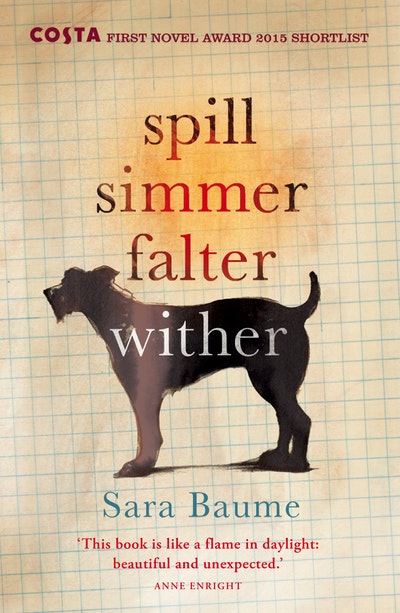 Praise for A Line Made By Walking

“When I finished Sara Baume’s new novel I immediately felt sad that I could not send it in the post to the late John Berger. He, too, would have loved it and found great joy in its honesty, its agility, its beauty, its invention. Baume is a writer of outstanding grace and style. She writes beyond the time we live in.”

“A fascinating portrait of an artist’s breakdown in rural Ireland … a remarkable ability to generate narrative pace while eschewing plot, making it enough for the reader to observe a mind observing the world … it’s fascinating, because of the cumulative power of the precise, pleasingly rhythmic sentences, and the unpredictable intelligence of the narrator’s mind … Art may also require a willingness to question the ordinary that is incompatible with conventional criteria of sanity. One of the most radical aspects of this novel is its challenge to received wisdom about mental illness … There are no answers here, but there is a reminder of the beauty that can be found when you allow yourself to look slowly and sadly at the world.”

“After a remarkable and deservedly award-winning debut, here is a novel of uniqueness, wonder, recognition, poignancy, truth-speaking, quiet power, strange beauty and luminous bedazzlement. Once again, I’ve been Baumed.”

“Extraordinarily compelling … What makes it so gripping as that the reader is trapped in Frankie’s mind as much as she is; every tiny detail is magnified into metaphysical significance that she cannot understand and that the reader cannot parse … Frankie’s surreal and yet understandable mind-patterns are eloquent as well as awful … On the dust-jacket Joseph O’Connor says that Baume is a ‘writer touched by greatness.’ I think she is bruised by it.”

“Unflinching, at times uncomfortable, and always utterly compelling, A Line Made By Walking is among the best accounts of grief, loneliness and depression that I have ever read. Every word of it rings true, the truth of hard-won knowledge wrested from the abyss. Shot through with a wild, yearning melancholy, it is nevertheless mordantly witty. It felt, to me, kindred to Olivia Laing’s The Lonely City: not just on a superficial level, a young woman seeking solace in art, but in the urgent depth of its quest to understand and articulate what it means to make art, and what art might mean for the individual, lost and lonely; how it might bring us out of, or back to, ourselves.”

“This is, explicitly, a book about art and “sadness”, but it is neither affected nor mawkish … This is the challenge that Baume has evidently set herself – to find a fresh perspective – and she has excelled ... Baume’s is an immensely sensitive balancing act of a book, one that declines to resolve its tensions. Towards its conclusion, Frankie muses on how her odyssey ought to “end in a substantial event”. The adjective is strikingly ironic in view of Baume’s actual denouement, and further evidence of just how carefully calibrated this original and affecting novel is.”

“A Line Made by Walking is a profound, ruminative study of a young woman who takes photographs of dead animals … A Line Made by Walking is self-interrogating autofiction plus art criticism in a distinctly Irish mode: Sara Baume has as much in common with, say, Maggie Nelson as she does with Edna O’Brien … Brilliantly understated reflections on art and life.”

“Baume’s mixing of the visual arts and fiction is as satisfying as Ali Smith’s … [a] raw-nerved and wonderful novel.”

“This is a masterclass in the power of prose … A brilliant work that will likely resonate with anyone who’s ever felt a little lost in their twenties and beyond.”

“Baume’s conceit is imaginative and well organised, her writing pellucid and open.”

“What emerges is both a focused portrait of one woman in crisis and a beautiful mediation on universal frailty ... Another thrillingly original novel that more than live[s] up to the bar set by Spill Simmer Falter Wither. ”

“Sara’s prose begins to crackle with the textures and scents of rural Ireland … elegant writing and unusual observations.”

“This tour-de-force follow-up to Spill Simmer Falter Wither is a celebration of the extraordinary in the everyday, and Baume’s prose elevates the ordinary and finds inspiration in the strange.”

“[B]eautifully drawn … Baume’s writing is lyrical and immensely readable … [S]he is, in fact, the everywoman of her generation.”

“There’s an effortless profundity to Baume’s writing that never once draws attention to itself but rather quietly reminds you how terribly sad the world can be.”

“As tender and luminous as her debut.”

“Baume’s writing is lyrical and immensely readable ... [her] portrait of a conflicted young woman is heart-wrenchingly real on every page.”

“A refreshing take on the genre, a semi-autobiographical retreat novel about finding something to live for not in nature but in art.”

“With this inventive and fascinating new novel Baume proves that she is the master of describing the intense poignancy of solitude within a noise-drenched world.”

“Baume achieves the feat of making a book about depression, alienation and other cheerful subjects deeply absorbing and, ultimately uplifting. She does this through the elegant lucidity of her prose, the sharp truth of her insights and the wry humour that arise from her character’s associative mind.”

“A masterclass in the power of prose that will resonate with anyone who has ever felt lost.”

“Baume’s writing is distinguished by remarkable precision and lucidity”