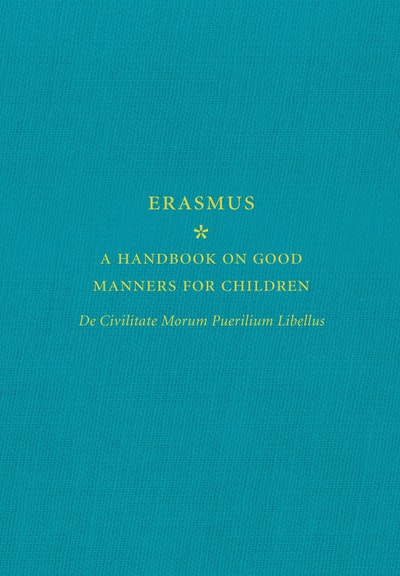 A Handbook on Good Manners for Children 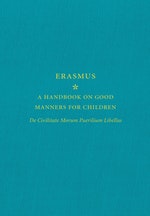 A new translation of the classic sixteenth-century bestseller by Erasmus of Rotterdam, who believed that manners are best instilled at an early age - an idea as pertinent today as it was then!

When did you last tell your children to put their hand over their mouth when they yawn? When did you last suggest that when they are introduced to someone they should shake hands firmly and look them in the eye? Do you suggest that they should wait until everyone is served before they eat rather than hoover up the best bit for themselves? Do you demand that your young daughter dress decorously lest she elicit outraged looks? Do you think that the children of today have disgraceful manners? Unlike, of course, when you were young ... Well, that's certainly what Erasmus of Rotterdam thought in 1530 when he published De Civilitate Morum Puerilium: A Handbook on Good Manners for Children. He felt that learning good manners was crucial to a child's upbringing, and that the uncouth and ill-disciplined behaviour around him demanded a new kind of book. After all, as William of Wykeham memorably said in the 1350s, 'Manners maketh man'.

A Handbook on Good Manners for Children is considered to be the first treatise in Western Europe on the moral and practical education of children. It was a massive bestseller - indeed the biggest-selling book of the sixteenth century - going into 130 editions over 300 years and being translated into 22 languages within ten years of its publication. In it, Erasmus concerns himself with matters such as how to dress, how to behave at table, how to converse with one's elders and contemporaries, how to address the opposite sex and much else.

For example: Table Manners
'It's just as rude to lick greasy fingers as it is to wipe them on your clothing, Use a cloth or napkin instead.'
'Some people, no sooner than they've sat down, immediately stick their hands into the dishes of food. This is the manner of wolves.'
'Making a raucous noise or shrieking intentionally when you sneeze, or showing off by carrying on sneezing on purpose, is very ill-mannered.'
'To fidget around in your seat, and to settle first on one buttock and then the next, gives the impression that you are repeatedly farting, or trying to fart.'

The advice is as relevant today as it was 500 years ago.