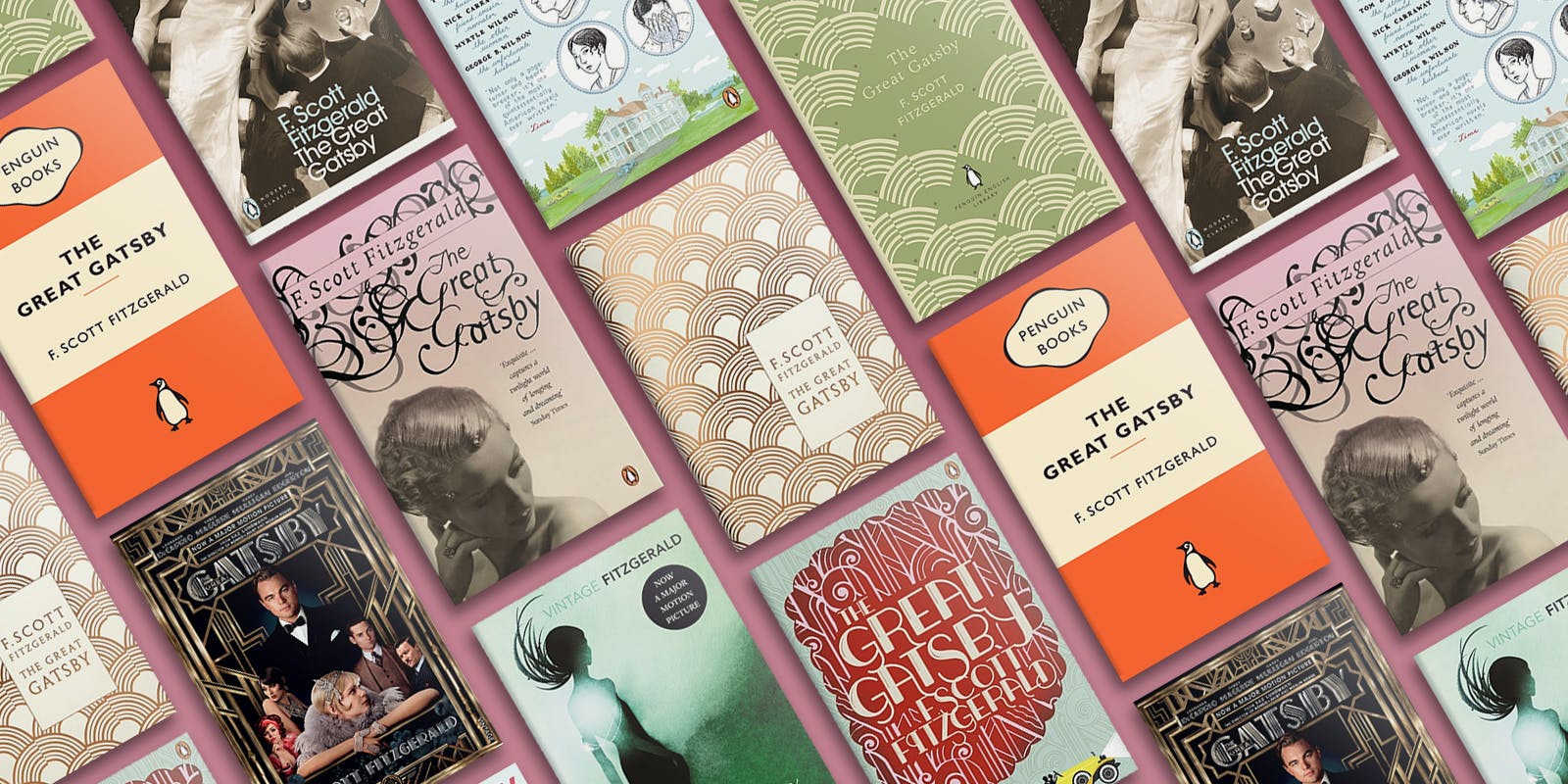 September 24 marks the birthday of one of the greatest American writers of the 20th century, F Scott Fitzgerald. A celebrated chronicler of the ‘Jazz Age’, Fitzgerald published dozens of short stories and completed four novels before his untimely death from a heart attack in 1940. He was just 44 years old.

Remembered now as the author of what many describe as the American novel, The Great Gatsby, Fitzgerald did not live to see the enormous success of his work. Upon publication in 1925, reviews were mixed and, despite the commercial and critical success of Fitzgerald’s previous novels and story collections, Gatsby sold a mere 20,000 copies.

Soon after Fitzgerald’s death, Gatsby found new life as part of the Armed Services Editions – books distributed to tens of thousands of American troops during World War II. It was labelled a classic soon after, has made it onto high-school reading lists, and has gone on to sell millions of copies worldwide.

In 2013, Baz Luhrmann’s screen adaptation, starring Leonardo DiCaprio, Carey Mulligan and Joel Edgerton, breathed life once more into Fitzgerald’s crowning literary achievement. Luhrmann’s cinematic vision was a bold expression of the decadence, music and dance of post-World War I America. A dazzling explosion of colour, movement and song – with a soundtrack produced by Jay-Z, no less – the film achieved enormous box-office and critical success, including Oscars for Best Production and Costume Design.

Ninety-five years since publication, Fitzgerald’s story of the young, handsome and fabulously wealthy Jay Gatsby still captures the excesses and swagger of its time. And as the shimmering façade of Gatsby’s life begins to crack, it’s still impossible to look away. Here’s a short extract to take you to Fitzgerald’s 1920s – another planet when compared to the world we occupy today.

There was dancing now on the canvas in the garden; old men pushing young girls backward in eternal graceless circles, superior couples holding each other tortuously, fashionably, and keeping in the corners – and a great number of single girls dancing individualistically or relieving the orchestra for a moment of the burden of the banjo or the traps. By midnight the hilarity had increased. A celebrated tenor had sung in Italian, and a notorious contralto had sung in jazz, and between the numbers people were doing ‘stunts’ all over the garden, while happy, vacuous bursts of laughter rose toward the summer sky. A pair of stage twins, who turned out to be the girls in yellow, did a baby act in costume, and champagne was served in glasses bigger than finger-bowls. The moon had risen higher, and floating in the Sound was a triangle of silver scales, trembling a little to the stiff, tinny drip of the banjoes on the lawn.

I was still with Jordan Baker. We were sitting at a table with a man of about my age and a rowdy little girl, who gave way upon the slightest provocation to uncontrollable laughter. I was enjoying myself now. I had taken two finger-bowls of champagne, and the scene had changed before my eyes into something significant, elemental, and profound.

At a lull in the entertainment the man looked at me and smiled.

‘Your face is familiar, he said, politely. ‘Weren’t you in the First Division during the war?’

‘Why, yes. I was in the Twenty-eighth Infantry.’

‘I was in the Sixteenth until June nineteen-eighteen. I knew I’d seen you somewhere before.’

We talked for a moment about some wet, grey little villages in France. Evidently he lived in this vicinity, for he told me that he had just bought a hydroplane, and was going to try it out in the morning.

‘Want to go with me, old sport? Just near the shore along the Sound.’

‘Any time that suits you best.’

It was on the tip of my tongue to ask his name when Jordan looked around and smiled.

‘Having a gay time now?’ she inquired.

‘Much better.’ I turned again to my new acquaintance. ‘This is an unusual party for me. I haven’t even seen the host. I live over there –’ I waved my hand at the invisible hedge in the distance, ‘and this man Gatsby sent over his chauffeur with an invitation.’

For a moment he looked at me as if he failed to understand.

He smiled understandingly – much more than understandingly. It was one of those rare smiles with a quality of eternal reassurance in it, that you may come across four or five times in life. It faced – or seemed to face – the whole external world for an instant, and then concentrated on you with an irresistible prejudice in your favor. It understood you just so far as you wanted to be understood, believed in you as you would like to believe in yourself, and assured you that it had precisely the impression of you that, at your best, you hoped to convey. Precisely at that point it vanished – and I was looking at an elegant young rough-neck, a year or two over thirty, whose elaborate formality of speech just missed being absurd. Some time before he introduced himself I’d got a strong impression that he was picking his words with care.

Almost at the moment when Mr Gatsby identified himself, a butler hurried toward him with the information that Chicago was calling him on the wire. He excused himself with a small bow that included each of us in turn.

‘If you want anything just ask for it, old sport, he urged me. ‘Excuse me. I will rejoin you later.’

When he was gone I turned immediately to Jordan – constrained to assure her of my surprise. I had expected that Mr Gatsby would be a florid and corpulent person in his middle years.

‘Now you’re started on the subject,’ she answered with a wan smile. ‘Well, he told me once he was an Oxford man.’

A dim background started to take shape behind him, but at her next remark it faded away.

‘However, I don’t believe it.’

Something in her tone reminded me of the other girl’s ‘I think he killed a man’, and had the effect of stimulating my curiosity. I would have accepted without question the information that Gatsby sprang from the swamps of Louisiana or from the lower East Side of New York. That was comprehensible. But young men didn’t – at least in my provincial inexperience I believed they didn’t – drift coolly out of nowhere and buy a palace on Long Island Sound.

‘Anyhow, he gives large parties,’ said Jordan, changing the subject with an urban distaste for the concrete. ‘And I like large parties. They’re so intimate. At small parties there isn’t any privacy.’

There was the boom of a bass drum, and the voice of the orchestra leader rang out suddenly above the echolalia of the garden.

‘Ladies and gentlemen,’ he cried. ‘At the request of Mr Gatsby we are going to play for you Mr Vladimir Tostoff’s latest work, which attracted so much attention at Carnegie Hall last May. If you read the papers, you know there was a big sensation.’ He smiled with jovial condescension, and added: ‘Some sensation!’ Whereupon everybody laughed.

‘The piece is known,’ he concluded lustily, ‘as “Vladimir Tostoff’s Jazz History of the World!”.’

The nature of Mr Tostoff’s composition eluded me, because just as it began my eyes fell on Gatsby, standing alone on the marble steps and looking from one group to another with approving eyes. His tanned skin was drawn attractively tight on his face and his short hair looked as though it were trimmed every day. I could see nothing sinister about him. I wondered if the fact that he was not drinking helped to set him off from his guests, for it seemed to me that he grew more correct as the fraternal hilarity increased. When the ‘Jazz History of the World’ was over, girls were putting their heads on men’s shoulders in a puppyish, convivial way, girls were swooning backward playfully into men’s arms, even into groups, knowing that some one would arrest their falls – but no one swooned backward on Gatsby, and no French bob touched Gatsby’s shoulder, and no singing quartets were formed with Gatsby’s head for one link.