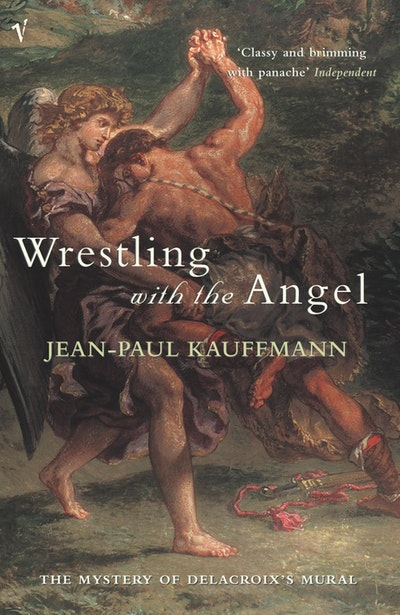 Wrestling With The Angel 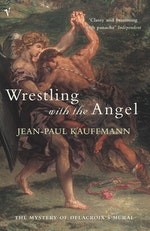 Near the end of his life, the great Romantic artist Eug-ne Delacroix (1798- 1863) painted one of the most enigmatic episodes from the Bible: Jacob wrestling with the angel. This painting, which decorates the wall of the Chapel of the Holy Angels in the Paris church of Saint-Sulpice, is Delacroix's 'spiritual testament'. But Sain-Sulpice is a mysterious church where everything happens behind the scenes. A fan of Inspector Maigret, Jean-Paul Kauffmann investigates the painting and the church, paying particular attention to its hidden history. He searches for clues in a bar in Dieppe, a castle in Quercy, a village in the Argonne, an oak tree in the forest at Senart, even a golf course in the Loiret. The trail leads him to an art critic, a lecturer at the Louvre, and a sculptor who has a studio in the attic of Saint- Sulpice itself. All these intertwining threads finally come together in a central motif in which Kauffmann himself is involved. There comes a time in which everyone must wrestle with the angel.

Jean-Paul Kauffmann was born in 1944. Working as a journalist in Lebanon, he was kidnapped in May 1983 and was not released until May 1988. He is the author of Voyage to Desolation Island and The Dark Room at Longwood, which was awarded seven literary prizes in France. Patricia Clancy's translation won the Scott-Moncrieff Prize for 2000. 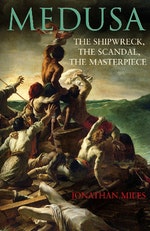