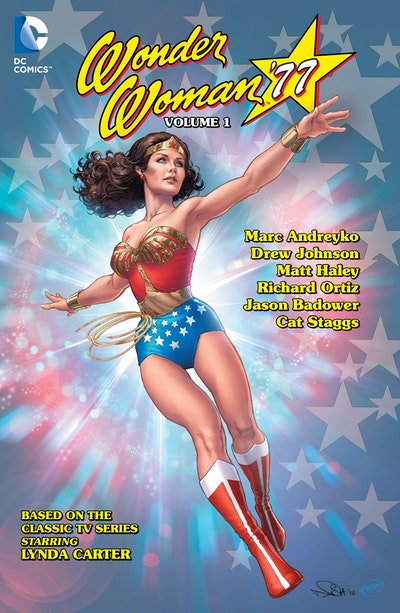 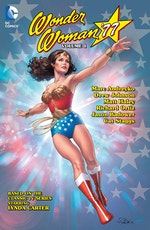 The classic series finally comes to the comic page in WONDER WOMAN '77 VOL. 1, continuing the adventures of the TV series starring Lynda Carter!

Travel back to the sizzling '70s as the undercover Amazon Princess joins forces with special agent Steve Trevor to defend America against Cold War-era criminals. A search for an escaped Soviet scientist brings Wonder Woman to the hottest disco of the day, Studio 52, where a live stage act might prove more of a threat to Wonder Woman than the Russian Roller Derby girls out to bring the scientist home.

Written by Marc Andreyko (BATWOMAN) and a host of talented illustrators, this graphic novel will delight fans of the series as well as current fans of the Amazonian Princess. Collects WONDER WOMAN '77 SPECIAL #1-2.