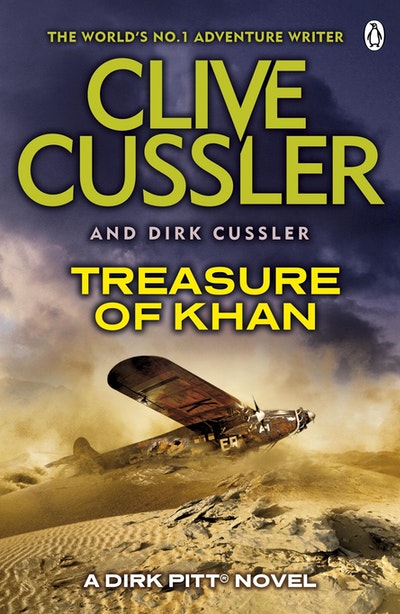 From the frigid lakes of Siberia to the hot wastes of the Gobi desert, Dirk Pitt is on the trail of fabled treasure . . .

Rescuing an oil survey team from a freak wave on Russia's Lake Baikal is all in a day's work for adventurers Dirk Pitt and partner Al Giordino. Yet when their ship is sabotaged and the survey team vanishes, Pitt is forced to get to the bottom of a mystery with far-reaching consequences.

Soon he's on his way to Mongolia. There, a powerful and ruthless business tycoon holding an astonishing secret about Genghis Khan is hoping to emulate the legend's greatest conquests - but on a global scale!

With the legacy of Khan and the lost treasures of Xanadu as the prize and the future security of the world at stake, Dirk Pitt for one isn't going to stand idly by . . .

Date: 2002-10-18
Clive Cussler is the author of over twenty-five internationally bestselling books, including the Dirk Pitt adventure series, the NUMA Files novels and the Oregon Files Adventures.

He grew up in Alhambra, California. He later attended Pasadena City College for two years, but then enlisted in the Air Force during the Korean War where he served as an aircraft mechanic and flight engineer in the Military Air Transport Service. Upon his discharge, he became a copywriter and later creative director for two leading ad agencies. At that time, he wrote and produced radio and television commercials that won numerous international awards, one at the prestigious Cannes Film Festival.

Cussler began writing in 1965 and published his first novel featuring Dirk Pitt in 1973. His first non-fiction work, The Sea Hunters, was released in 1996. Because of this work the Board of Governors of the Maritime College, State University of New York considered The Sea Hunters in lieu of a Ph.D. thesis and awarded Cussler a Doctor of Letters degree in May of 1997. It was the first time since the College was founded in 1874 that such a degree was bestowed.

Cussler is the founder the National Underwater & Marine Agency, (NUMA), a non-profit organisation that dedicates itself to American maritime and naval history. In addition to being Chairman of NUMA, Cussler is a fellow in both the Explorers Club of New York and the Royal Geographic Society in London.

A noted collector of classic automobiles, Cussler owns 85 of the finest examples of custom coachwork and 50's convertibles to be found anywhere. They are garaged near Golden, Colorado. Today, Cussler divides his time between the mountains of Colorado and the deserts of Arizona.