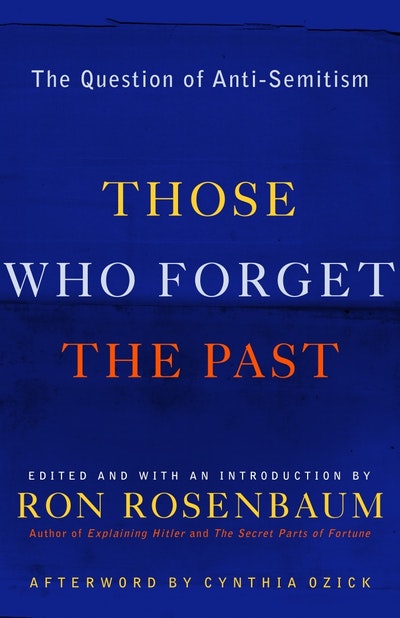 Those Who Forget The Past

The Question of Anti-Semitism

Ron Rosenbaum is the author of the New YorkTimes-bestseller EXPLAINING HITLER, as wellas a number of other books including THESECRET PARTS OF FORTUNE. He writes aweekly column in the New York Observer and oft-en appears as a commentator on radio and televisionprograms such as "Charlie Rose." He is finishing abook on Shakespeare for Random House.