The Vacation Guide to the Solar System

Science for the Savvy Space Traveller 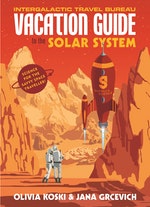 Fuelled by imagination and grounded in science, the first guidebook to the solar system’s most exciting holiday destinations.

'Just the thing to captivate a bright child or anyone, in fact, who aspires to be the next Tim Peake' Daily Telegraph

AN IMAGINATIVE EXPLORATION INTO THE 'WHAT IF' OF SPACE TRAVEL

Imagine taking a hike along the windswept red plains of Mars to dig for signs of life, or touring one of Jupiter’s sixty-four moons where you can take photos of its swirling storms. For a mini-break on a tight budget, the Moon is quite majestic and very quiet if you can make it during the off-season.

Beautifully illustrated and packed with real-world science, The Vacation Guide to the Solar System is the essential planning guide for the curious space adventurer, covering all of the essentials for your next voyage, how to get there, and what to do when you arrive. Written by an astronomer from the American Museum of Natural History and one of the creators of the Guerilla Science collective, this tongue-in-cheek reference guide is an imaginative exploration into the ‘what if’ of space travel, sharing fascinating facts about the planets in our solar system and even some moons!

'The ultimate guide for any budding space tourist' BBC Focus

Olivia Koski has a degree in physics and a Master of Journalism from NYU and is currently director of Guerilla Science. As a senior producer at the Atavist magazine, she produced thirty interactive journalism stories, where her work was nominated for five National Magazine Awards and one Emmy. She’s spoken on the future of journalism, laser weapons, and immersive storytelling at panels around New York. Her writing has appeared in Wired, Popular Mechanics, Scientific American, and Harvard University’s Nieman Storyboard.

Jana Grcevich PhD is a Kathryn W. Davis Postdoctoral Fellow at the American Museum of Natural History (AMNH). She received her undergraduate degrees in astronomy, physics and mathematics at the University of Wisconsin-Madison, and her doctorate in astronomy at Columbia University. Her research interests include dwarf galaxies and interstellar gas, with a focus on radio observations and simulations of gas in dwarf galaxies. She teaches astronomy to future high-school Earth Science teachers as a part of the Master of Arts in Teaching program at AMNH.

Praise for The Vacation Guide to the Solar System

“This tongue-in-cheek (but scientifically sound) book is the ultimate guide for any budding space tourist, packed full of advice on where to go, what to pack, and what to do while you're there”

“Lavishly illustrated… What really brings this book alive are the stunning illustrations, all done in an art-deco style, like the travel posters of yesteryear… Superb”

“If you’ve ever wondered what a holiday in space might be like, here is your answer. It combines light humour with rigorous science and is just the thing to captivate a bright child or anyone, in fact, who aspires to be the next Tim Peake” 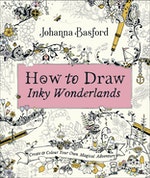