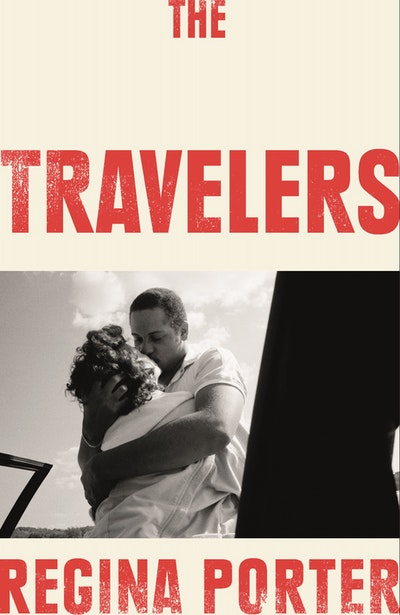 An astonishing debut novel that bears witness to the Civil Rights movement, the Vietnam War and the first term of Obama's presidency, The Travelers is both an intimate family portrait and a searing examination of America today.

An astonishing debut novel that bears witness to the Civil Rights movement, the Vietnam War and the first term of Obama's presidency, The Travelers is both an intimate family portrait and a searing examination of America today.*LONGLISTED FOR THE ORWELL PRIZE FOR POLITICAL FICTION 2020**SHORTLISTED FOR THE MCKITTERICK PRIZE 2020*James Vincent is born in 1942 to a working class white couple whose marriage was already on the rocks. James struggles to move beyond a difficult childhood and escapes the violence at home to attend law school in Michigan, where he begins to envision his future as prosperous and bright.

Meanwhile, on a rural road in Georgia, Agnes Miller, a black woman on her first date with a handsome suitor, is pulled over by the police, and the terrible moments that follow make her question whether she will have a future at all. As the years unspool ahead of them, unexpected turns of fate will connect these two lives and their families: two Americans who each come up against the forces of race, class, and gender that change - and end - ordinary lives.

Regina Porter is an award-winning playwright and a graduate of the Iowa Writers’ Workshop, where she was an Iowa Arts Fellow. She was born in Savannah, Georgia and lives in Brooklyn. The Travelers is her first novel. 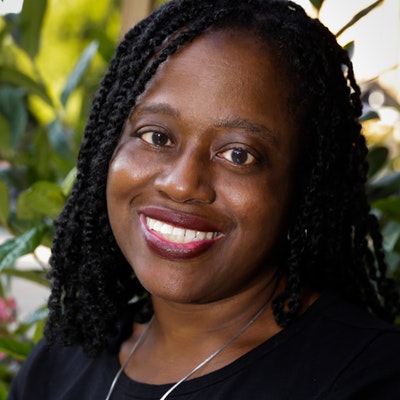 Praise for The Travelers

The Travelers is a rare debut that heralds what should be a long and promising career.

Regina Porter’s sprawling, sparkling debut novel… is an exhilarating ride. Porter is a wickedly astute chronicler of human foibles. In her hands, this series of glimpses feels something like life itself.

Spanning six decades and three continents…[The Travelers] is held together by an elegant web of connections… Porter has a striking habit of telescoping time to chart individual trajectories… The often breathtaking immediacy and assurance of Porter’s prose carries you through.

If you’re looking for a poetic, spare, sometimes funny tale of ordinary people pining for meaningful connections — or if you’re someone who wishes Raymond Carver had published a novel — you have arrived.

This kaleidoscopic debut novel... deftly skips back and forth through the decades, sometimes summarizing a life in a few paragraphs, sometimes spending pages on one conversation. As one character observes, "We move in circles in this life."

[A] remarkable debut novel... There is a confidence to Porter's writing that makes it hard to believe that this is her first novel... The Travelers succeeds because Porter is so clear-eyed when documenting human interactions, the mass of particularities amounting to a gloriously and depressingly messy picture of life in America.

American history comes to vivid, engaging life in this tale of two interconnected families (one white, one black)… the complex, beautifully drawn characters are unique and indelible.

An absolute wonder of a novel. A sweeping examination of race and class within America's troubled history. A love letter to fearless women laced with a sharp humour. I'm thrilled by the magnitude, ingenuity and heart of Regina Porter's daring vision.

In this innovative and deeply moving debut, Regina Porter has mastered the kind of alchemy found in a great painting by Poussin: her canvas is vast, her subject ambitious, and yet her execution is so brilliantly devoted to particulars that it creates a miraculous intimacy. The beauty of this book lies in how Porter's characters, through resilience and community, art and creative love, cut new doors out of the corners they've been backed into by history.

Thrillingly ambitious, deeply affecting ... There is so much offered here – race, history, love, loss, and family, just to name a few – that this debut novel should be considered nothing less than a supreme act of generosity.

The Travelers is a great, grand tabernacle of a novel, under the roof of which it seems the entire history of the United States and all its people has been gathered into a single blazing congregation. It is full of tales tall and short, lives black, white, and every shade between, from the north, the south, east, and west. None but the biggest-hearted, sharpest-eyed, most generous-spirited of writers could pull off a book like this. Regina Porter is some kind of visionary.

Regina Porter’s The Travelers is not only the compelling intergenerational saga of two intertwining families but also a deadpan and mordant chronicle of 20th-century America’s casual intolerance and racial violence, as well as a series of portraits of intrepid women, a celebration of family responsibility, and an impassioned reminder that we most honor those we loved by continuing to love others.

In The Travelers, generations of two families – one black and one white – journey across time, race, geography and the wounds of history with sweeping breadth and disarming intimacy. Porter's debut signals the arrival of a fully formed, singular talent. You've been wanting to read this book for a long time; it's just that Porter hadn't written it yet.