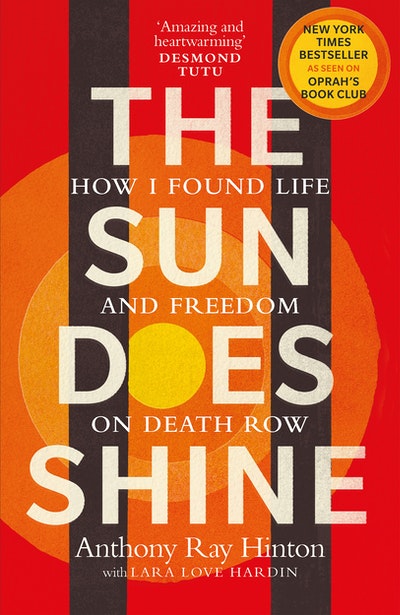 The remarkable story of how Anthony Ray Hinton spent 30 years on death row, for crimes he did not commit.

'Both [Nelson Mandela and Ray Hinton] emerged from their incarceration with a profound capacity to forgive...The Sun Does Shine is amazing and heartwarming' Desmond Tutu, Nobel Peace Prize laureate'Hinton is an example to us all of the power of the human spirit to rise above complete injustice. His book will inspire people to never accept the unacceptable.' - Richard Branson The Sun Does Shine is a powerful and compelling true story that brings to life deep, human questions about suffering and redemption.

Anthony Ray Hinton was poor and black when he was convicted of two murders he hadn't committed. For the next three decades he was trapped in solitary confinement in a tiny cell on death row, having to watch as - one by one - his fellow prisoners were taken past him to the execution room. Eventually his case was taken up by the award-winning lawyer, Bryan Stevenson, who managed to have him exonerated, though it took 15 years for this to happen.

How did Hinton cope with the mental and emotional torture of his situation? The Sun Does Shine throws light not only on his remarkable personality but also on social deprivation and miscarriages of justice.

Born in Alabama in 1957, Anthony Ray Hinton was 29 years old when he was wrongly convicted of the murders of two restaurant managers. Held on death row for nearly 30 years he was finally released on 3 April 2015 after his appeal was taken right up to the US Supreme Court, which ruled that his case should be retried. Since his release he’s become a popular and powerful speaker, planning to devote the rest of his life to help counter discrimination, bolster justice and share his message of hope and forgiveness.

Praise for The Sun Does Shine

Anthony Ray Hinton's memoir of his wrongful imprisonment...is a riveting account of the multiple outrages of the criminal justice system of Alabama. But that isn't what makes this a genuine spiritual experience: that comes from the nearly biblical capacity of the author to endure, to forgive, and finally to triumph...his book is a harrowing masterpiece.

A wonderful memoir...a story of forgiveness and struggle - and a story of friendship and imagination

Book of the Day, Observer

This incredibly moving chronicle...is one staggering revelation after another, but also a lovely portrait of kindness, warmth and how faith is its own reward...On death row he somehow navigates through his rage and despair to a state of forgiveness and grace.

Hinton spent almost 30 years on death row. In this quite extraordinary book...he never sugar-coats either his experiences or his reactions to them...