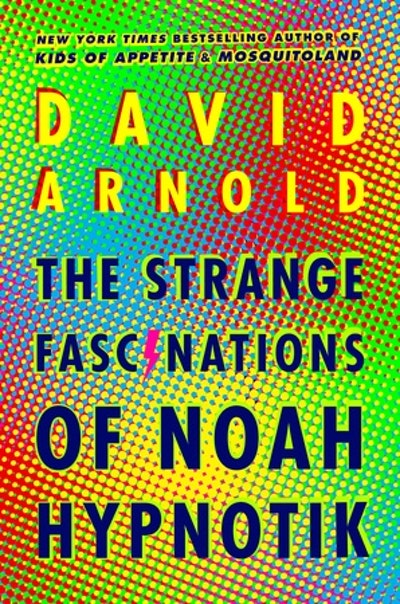 The Strange Fascinations Of Noah Hypnotik

The New York Times bestselling author of Kids of Appetite and Mosquitoland brings a speculative twist to his latest novel. The result: an incisive and deeply humane story with the feel of Haruki Murakami for teens.

Noah Oakman is lost. He's had the same best friends since fifth grade and the same parents since forever. And even though he has changed, he feels everyone around him has stayed the same. When his friends drag him to an end of summer party, Noah meets a kid named Circuit, in whom he senses a kindred disillusionment. Circuit is an amateur hypnotist. Curious (and kind of drunk), Noah allows Circuit to hypnotize him. But when he leaves, everything is a slightly different. Noah swears his friend Alan had a massive collection of Marvel comics, but Alan says he's always been into DC, its competitor. His friend Val definitely gained internet fame through her posts about movies, but now her entire feed is about music. His mother suddenly has a scar on her face; when asked how she got it, she doesn't respond. Only four seemingly disparate things remain unchanged in his life.
So Noah sets out to discover what these Strange Fascinations have in common, hoping to figure out what happened to him and how he can get back to before.

David Arnold lives in Lexington, Kentucky, with his (lovely) wife and (boisterous) son. He is the critically-acclaimed author of Mosquitoland, which has been translated into over a dozen languages. Previous jobs include freelance musician/producer, stay-at-home dad, and preschool teacher. He is a fierce believer in the power of kindness and community. And pesto. He believes fiercely in pesto. You can learn more at davidarnoldbooks.com and follow him on Twitter @roofbeam.