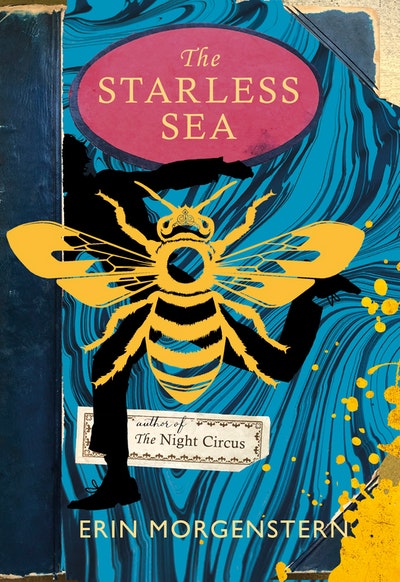 The magical new novel from the bestselling author of The Night Circus.Are you lost or are you exploring?

When Zachary Rawlins stumbles across a strange book hidden in his university library it leads him on a quest unlike any other. Its pages entrance him with their tales of lovelorn prisoners, lost cities and nameless acolytes, but they also contain something impossible: a recollection from his own childhood.

Determined to solve the puzzle of the book, Zachary follows the clues he finds on the cover - a bee, a key and a sword. They guide him to a masquerade ball, to a dangerous secret club, and finally through a magical doorway created by the fierce and mysterious Mirabel. This door leads to a subterranean labyrinth filled with stories, hidden far beneath the surface of the earth.

You are invited to join Zachary on the starless sea: the home of storytellers, story-lovers and those who will protect our stories at all costs. 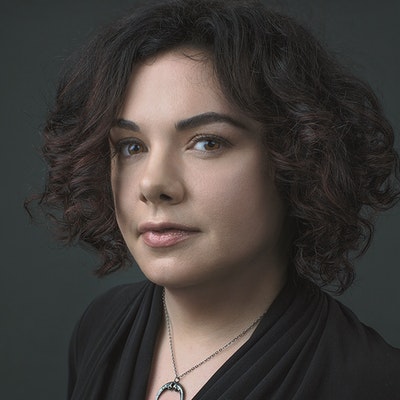 The Starless Sea rejects older stories: it makes its own. Its magic is based in the New York Public Library, in glittering hotels, and the beautiful blatant kitsch of a professional fortune teller’s house. Rather than a traditional fantasy novel, this is an artificial myth in its own right, soldered together from the girders of skyscrapers… the novel’s scope and ambition are undeniable

Erin Morgenstern’s fiction radiates with the excitement of someone discovering a magical world within the pages of a book. The Starless Sea…[is an] enchanting read… an ode to stories and storytelling itself, and the joy of reading

Enchanting… [The Starless Sea] vividly detailed worlds of lost libraries, elegant ballrooms and subterranean seas. Myths and fairytales entwine… The writing is whimsically gorgeous. On every page there’s an image to savour… [a] spellbinding book

Enchanting...Myths and fairytales entwine with Zachary's quest to discover his life's purpose. Spellbinding.

A magical mix of quests and fables, it’s set in a secret world full of bees, keys, swords and secrets… beautifully written

A mystical adventure in an enchanted universe

Erin Morgenstern’s done it again: she creates a magnificent, imaginative world around a story of love and magic. This love letter to bibliophiles is dreamlike and uncanny, grounded in deeply felt emotion, and absolutely thrilling.

A magnificent quest, a sense of unfolding adventure and danger, gold-wrought fantasy, and endless provocation on what storytelling really means.

A puzzlebox of a book, full of meta-narratives and small folkloric tales that will delight readers. [Morgenstern] trusts her readers to follow along and speculate, wonder, and make leaps themselves as she dives into tales of pirates, book burnings, and men lost in time, giving the book a mythic quality that will stick with readers long after they put it down.

A high-wire feat of metatextual derring-do, Morgenstern weaves Zachary's adventure into a stunning array of linked fables, myths, and origin stories... exquisitely pleasurable.. a love letter to readers as much as an invitation: Come and see how much magic is left in the world. Fans of Neil Gaiman and V.E. Schwab, Kelly Link and Susanna Clarke will want to heed the call. An ambitious and bewitching gem of a book with mystery and passion inscribed on every page.

The Starless Sea effortlessly constructs a fantasy that feels real, building a world filled with characters that you’ll know and care about… an enchanting, satisfying finish

The Starless Sea is quintessential Erin Morgenstern: breathtakingly beautiful, powerfully emotive, and a fantastic read. A booklover fantasy, Morgenstern’s follow up to the Night Circus does not disappoint. Set aside an entire day for this one, because you’ll pick it up and become very reluctant to put it back down

Are you an Acolyte, a Guardian or a Keeper? Take this quiz to find out!

Here’s everything you need to know about The Starless Sea, the spellbinding new novel from Erin Morgenstern.