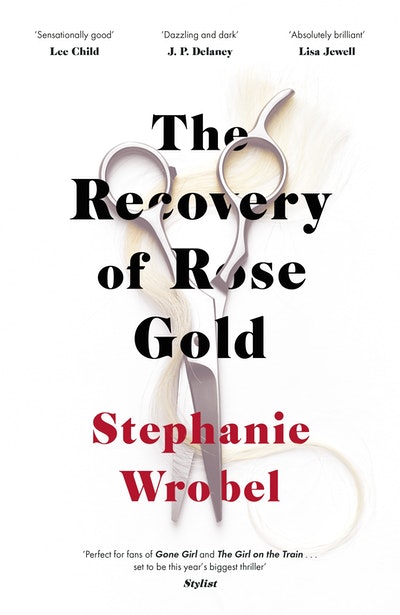 It’s Rose Gold’s fault I went to prison, but she’s not the only one to blame. If we’re pointing fingers, mine are aimed at the prosecutor and his overactive imagination, the gullible jury and the bloodthirsty reporters. They all clamored for justice.

What they wanted was a story.

(Get out your popcorn because, boy, did they write one.)

Once upon a time, they said, a wicked mother gave birth to a daughter. The daughter appeared to be very sick and had all sorts of things wrong with her. She had a feeding tube, her hair fell out in clumps, and she was so weak she needed a wheelchair to get around. For eighteen years no doctor could figure out what was wrong with her.

Then along came two police officers to save the daughter. Lo and behold, the girl was perfectly healthy ‒ the evil mother was the sick one. The prosecutor told everyone the mother had been poisoning her daughter for years. It was the mother’s fault the girl couldn’t stop vomiting, that she suffered from malnutrition. Aggravated child abuse, he called it. The mother had to be punished.

After she was arrested, the press swooped in like vultures, eager to capitalize on a family being ripped apart. Their headlines screamed for the blood of ‘Poisonous Patty’, a fifty-something master of manipulation. All the mother’s friends fell for the lies. High horses were marched all over the land; every lawyer, cop and neighbor was sure they were the girl’s savior. They put the mother in prison and threw away the key. Justice was served, and most of them lived happily ever after. The end.

Riddle me this: if I spent almost two decades abusing my daughter, why did she offer to pick me up today?

Connolly approaches my cell at noon sharp, as promised. ‘You ready, Watts?’

I scramble off my Pop-Tart of a bed and pull my scratchy khaki uniform taut. ‘Yes, sir.’

I have become a woman who chirps.

The potbellied warden pulls out a large ring of keys and whistles as he slides open my door. I am Connolly’s favorite inmate.

I pause at my cellie’s bed, not wanting to make a scene. But Alicia is already sitting against the wall, hugging her knees. She raises her eyes to mine and bursts into tears, looking much younger than twenty.

‘Ssh, ssh.’ I bend down and wrap the girl in my arms. I try to sneak a peek at her bandaged wrists, but she catches me. ‘Keep applying the ointment and changing those dressings. No infections,’ I say, wiggling my eyebrows at her.

I try not to preen. I was a certified nursing assistant for twelve years.

‘Good girl. Díaz is going to walk the track with you today. Thirty minutes. Doctor’s orders.’ I smile back, petting Alicia’s hair. Her hiccups have stopped.

I nod. ‘And you can call me whenever.’ Squeezing her hand, I stand again and head toward Connolly, who has been waiting patiently. I pause at the threshold and look back at Alicia, making a mental note to send her a letter when I get home. ‘One hour at a time.’

Connolly and I walk toward Intake and Release. My fellow inmates call out their farewells.

‘Stay outta trouble, Skeeto.’ (Short for ‘Mosquito’, a nickname given as an insult but taken as a compliment. Mosquitoes never give up.)

I give them my best Queen Elizabeth wave but refrain from blowing kisses. Best to take this seriously. Connolly and I keep walking.

In the hallway Stevens nearly plows me over. She bears an uncanny resemblance to a bulldog ‒ squat and stout, flapping jowls, known to drool on occasion. She grunts at me. ‘Good riddance.’

Stevens was in charge until I got here. Never a proponent of the flies-and-honey approach, she is vinegar through and through. But brute force and scare tactics get you only so far, and they get you nowhere with a woman of my size. Usurping her was easy. I don’t blame her for hating me.

I wave my fingers at her coquettishly. ‘Have a glorious life, Stevens.’

Strangling her isn’t an option, so I kill her with kindness instead. I smile, the epitome of serenity, and follow Connolly.

The Intake and Release Center is unremarkable: a long hallway with concrete floors, too-white walls and holding rooms with thick glass windows. At the end of the hallway there is a small office area with desks, computers and scanners. It could be an accounting firm, if all the accountants wore badges and guns.

At the reception desk, the clerk’s chair is turned toward the radio. A news program plays. After a short break, the reporter says, we have the story of a baby boy gone missing in Indiana. Plus, could candy be tied to cancer? That’s next on WXAM. I haven’t watched, listened to or read the news since my trial. The press destroyed my good name. Because of them, my daughter didn’t speak to me for four years.

I glare at the radio. The chair swivels toward me, and I realize I know the clerk sitting in it. I privately refer to the bald and brawny man as Mr Clean. I met him five years ago. He flirted with me all day, asking what perfume I was wearing, while I batted him away. I’d feigned breeziness, but internally I was seesawing between fury at the injustice of my verdict and fear of the next five years. I hadn’t seen him again until now.

‘Patty Watts?’ he says, turning off the radio.

‘I remember you.’ He smiles.

Mr Clean pulls a form from his desk drawer, then disappears into the storage room. After a few minutes, he comes back with a small cardboard box. He hands me a piece of paper. ‘I need you to look through the inventory list and sign at the bottom to confirm you’re leaving with everything you brought here.’

I open the box and glance through it before scribbling my signature.

‘You can change back into your street clothes now,’ Mr Clean says, gesturing to the bathroom and winking at me when Connolly isn’t looking. I tip my head and shuffle away, clutching the cardboard box.

In a stall, I rip off the jacket with DEPT OF CORRECTIONS emblazoned across its back and dig into the box. After five years of prison food, my favorite pair of jeans, with the forgiving elastic in the waistband, is a little loose. I put on my Garfield T-shirt and a red sweatshirt embroidered with the initials of my community college, GCC. My old socks are stiff with sweat, but they’re still better than the rough wool pairs I’ve been wearing. I pull on my white gym shoes and notice a final item at the bottom of the box. I pick up the heart-shaped locket and think about putting it into my pocket, but instead clasp it around my neck. Better for her to see me wearing her childhood gift.

I leave the bathroom and hand the empty box back to Mr Clean.

‘You take care of yourself.’ He winks again.

Connolly and I walk down the fluorescent-lit hallway of the Admissions Building toward the parking lot. ‘Someone coming to pick you up, Watts?’

‘Yes, sir. My ride should be here soon.’ I’m careful not to say who my ride is: though Rose Gold is twenty-three now, some people still imagine her as a sickly little girl. Some people would not be overjoyed to see us reunited. They don’t care that I stayed up all night monitoring her vitals during every hospital stay. They don’t know the depths of this mother’s love.

We stop at the door. My fingertips tingle as they reach for the push bar.

Connolly scratches his Tom Selleck mustache. ‘That pierogi recipe was a real hit with my in-laws.’

Connolly hesitates. ‘Martha was impressed. She didn’t sleep on the couch last night.’

‘Baby steps, sir. She’s coming around. Keep reading that book.’ I’ve been coaching the warden on The Five Love Languages for the past few months.

Connolly smiles and looks lost for a second.

‘Now don’t get all emotional,’ I joke, slapping his shoulder.

He nods. ‘Good luck out there, Patty. Let’s not meet again, okay?’

‘That’s the plan,’ I say. I watch him stride away, his clown-sized shoes smacking against the linoleum. He hefts his bulk into an office and closes the door behind him, and then there’s nothing left to face but a spooky silence. Just like that, the Illinois Department of Corrections is finished with me.

I try to ignore the wild thumping in my chest. Pushing the door open, I walk outside into blinding sunlight, half expecting an alarm to sound or a red light to flash. But it really is that easy: enter a building, leave a building, no one minds. I can go to a movie or church or the circus. I could get stuck in a thunderstorm without an umbrella or mugged at gunpoint. I am free, and anything can happen to me. I stretch out my fingers and marvel at the breeze on this crisp November day. Shielding my eyes, I scan the parking lot for the old Chevy van. But it’s a sea of sedans. No people.

She should be here any minute now.

I sit on the flimsy bench, scowling as the plastic protests under my weight. After several minutes of struggling to get comfortable, I stand. Back to pacing.

In the distance, my maroon van turns onto the long, single-lane road that leads to the Admissions Building. As it creeps closer, I do my best to flatten any frizzies and straighten my sweatshirt. I clear my throat, like I’m about to speak, but all I do is stare. By the time the van reaches the parking lot, I can make out my little girl’s narrow shoulders and blond-brown hair.

I watch Rose Gold back into a parking spot. She turns off the engine and leans against the headrest. I picture her closing her eyes for a minute. The ends of her chest-length hair rise and fall with every unsuspecting breath. Rose Gold has wanted long hair since she was a little girl, and now she has it.

I read somewhere that the average person has a hundred thousand hairs on their head ‒ more for blonds, fewer for redheads. I wonder how many strands it takes to fill a fist. I imagine pulling my daughter in for a warm embrace, twirling her locks through my fingers. I always told her she was better off with her head shaved. You’re much less vulnerable that way ‒ nothing to grab hold of.

Daughters never listen to their mothers.

When she lifts her head, her eyes meet mine. She raises her arm and waves like the Homecoming Queen on a parade float. My own arm glides into the air and mirrors her excitement. I spot the outlines of a car seat in the van’s second row. My grandson must be buckled in back there.

I take a step off the curb toward my family. It’s been almost twenty-five years since my last baby. In seconds his tiny fingers will be wrapped around mine.

A chilling exploration into obsession, reconciliation and revenge in 2020's must-read.