The forest had a particular scent to it, a dewy moistness off the Columbia River mixed with Douglas fir, ponderosa pine, red cedar, hemlock, and maple. Overnight, a fog had rolled down from the peak of Mount Hood, the sun crackling over the ghostly landscape, glistening shadows marred by flecks of white, now warming with dawn.

Sixteen-year-old Tennant Riggin took each step over the earth with practiced care, her footfalls silent as she avoided the twigs, fallen branches, leaves, and pine needles, her leather boots leaving no trail. Just as Poppa had taught her.

Three feet to her left, her eight-year-old sister, Sophie, took no such precaution. She crashed through the underbrush, thrashing her crooked walking stick as if intent on waking all of Mother Nature’s creatures who dare to still be sleeping when she had to be awake.

“Will you be quiet?” Tennant urged.

“I will not,” Sophie fired back. “If you wanted quiet, you shoulda let me sleep.”

“Momma wants you to learn. You need to hunt, too.”

“Coulda learned an hour from now just as good. What makes you think you caught anything at all, anyway?”

Sophie was annoying, but she was right. While Tennant’s traps had improved substantially over the years, they weren’t as good as Poppa’s. Half the time, her bait was gone or her post snapped, or the noose was missing. Yesterday she’d seen a plump hare jump right into one of her twine nooses, but successfully break free, running off with her bait and half her trap in tow. She’d caught it, but only after nearly an hour. She hadn’t told Momma or Poppa that part. Sophie knew, though. She’d perched on a rock and laughed as her big sister chased that damn rabbit.

Tennant set six snares yesterday, made with wire this time rather than twine.

The Riggin sisters were fourth-generation survivalists, both born within three hundred yards from where they now stood, and neither had ever left the woods of Oregon. They’d heard stories, they knew there was another world out there, but they had no desire to see it. More than once, Grammy Riggin had sat them down and told them the horrors of the outside world, with its pollution and greed and waste, and on her deathbed last fall she made them promise never to take part in that debauchery. Tennant told her she never would. She swore to it. She loved their little village of 187 — correction — 188 with the birth of Lily last week — and that outside world didn’t concern her. Saying that Sophie felt the same might have been a bit of a white lie. Sophie had started asking questions when Kaitlyn and Jeremiah’s boy Kruger went to Portland for nearly three months. He came back different, and Tennant had caught Sophie watching him, following him around, listening to the things he said. She was nosy for an eight-year-old, and most folks around here hushed up when she came round. Not Kruger, though. He seemed to like having her ear.

They both heard the scream, and froze. A baby’s wail, a keening from up ahead. A desperate rattling in the brush.

Rabbits made the most horrible of sounds when frightened or injured.

But there shouldn’t be any sound. When set properly, a snare ought to choke the rabbit to sleep, death a moment later. Quick. Humane. Efficient. This wasn’t the sound of a dying rabbit. This was one fighting for escape. Something had gone wrong.

Another scream, about twenty feet away, louder than the first.

A third, this one more faint, beyond the first two. Tennant had set six traps in total, all with the new wire.

The excitement melted from Sophie’s face. Her eyes got wider as the screams grew louder. The blood left her cheeks, and she went pale, near tears. “Make it stop, Tennant.”

Tennant carried a small jar of beeswax in her pack for tick and bug bites. She fished it out, scooped some on her fingertip, and pressed globs of wax deep into each of her ears, reducing the screams to dull, muted cries. She held the jar out to her sister, who waved it off — too messy for little Miss Prissy.

Sophie covered her ears instead.

Tennant dropped the wax back in her pack, retrieved her knife, and extended the blade. “Come on.”

Sophie didn’t move. Instead, she planted her feet firmly and shook her head. She said something, but Tennant couldn’t make out her words through the wax.

Tennant heard something else then, not from the forest but from deep in her mind. A ringing. First faint, barely audible, but steadily growing. A single tone gaining strength, joined by others, shrill, louder. Hungry. Ugly. There was a pressure, too. As if her head were filling with water and didn’t have enough room. Cold sweat trickled down the back of her neck. The world swooned, her vision clouded, and Tennant felt like she might pass out.

She thought it was all in her mind until she glanced over at Sophie, whose eyes welled with panic — her sister’s mouth hung open as she looked up into the trees, toward the dull gray of the morning sky, her hands cupped tightly over her ears.

A crescendo of screams.

As if every human, animal, and creature of Mother Earth all cried together in fevered pain.

Tennant was on her knees, her sister curled up beside her, as Poppa burst from the bushes with a rifle slapping against his back, Momma behind him. She didn’t feel Poppa scoop her into his arms, didn’t remember it. She blinked and they were running through the trees, toward Bill McAuliffe’s barn at the far edge of the village. She blinked again, and Poppa was lowering her through the trapdoor into the cellar. Momma handed Sophie down to her

and Tennant tried to catch her, but instead they both tumbled down the steps to the dirt floor, landing in a heap.

Tennant caught a glimpse of Poppa’s eyes as he slammed the door down from up above, Momma behind him, their faces white as paper and skin stretched tight with pain. She’d never seen eyes so bloodshot.

This loudest of sounds.

Oh, God, why didn’t Poppa and Momma come down, too?

Sophie’s scream cut through Tennant like a dull, rusty blade.

Her sister’s voice blended with the horrible wail coming from both everywhere and nowhere all at once. Her bones wanted out of her skin. The dirt floor of the cellar pulsed with the penetrating hum. Dust and dirt jumped, stirred angrily through the stale, musty air.

Tennant rolled from her back to her side, dug her fingers deep into her ears against the sound, yet the deafening cry managed to dig further — past her fingers, through the wax, a knitting needle clawing at her brain, scraping the inside of her skull, cracking against the bone.

What had started as a single high-pitched tone had grown to all sounds — high and low, both deep and shrill — screeching, shrieking, all at once.

The cellar wasn’t large. Ten by ten, at the most. The dirt walls were lined with wood and cinder-block shelves filled with canned goods, beef jerky, powdered milk, gallons of water, wheat.

All of this came to life, vibrating from the sound.

Cans and packages tumbled from the shelves and crashed to the ground. A bag of flour burst.

The walls groaned as the weight of the earth pushed in from all sides.

The boards of the ceiling rattled as if stomped on from above.

Tennant had no idea she was screaming, too, until she ran out of breath and choked on the air — dirt, dust, flour — all filling her lungs at once. She coughed it back out, forced herself to stand, clawed at the cellar door.

Why had Poppa locked them in?

And Momma and Poppa out there?

On the ground at her feet, Sophie’s hands and arms wrapped around her head, her knees pulled tight against her chest. Blood dripped from the corners of her eyes, from her button nose, seeped out from between her fingers over her ears. Thick, congealed blood, dark red, nearly black. One of her hands shot out and wrapped around Tennant’s ankles and squeezed so tight the pain brought her back down to the floor.

Tennant wanted to hold her sister, but her arms and legs no longer obeyed her. Her heart drummed against her ribs, threatened to burst. She couldn’t get air, each gasp no better than breathing water. Her eyes rolled back into her head, her vision first went white, then dark, as the walls closed in. The cellar no better than a grave. 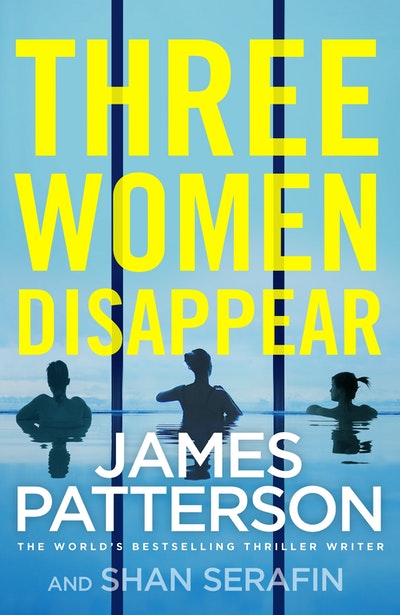