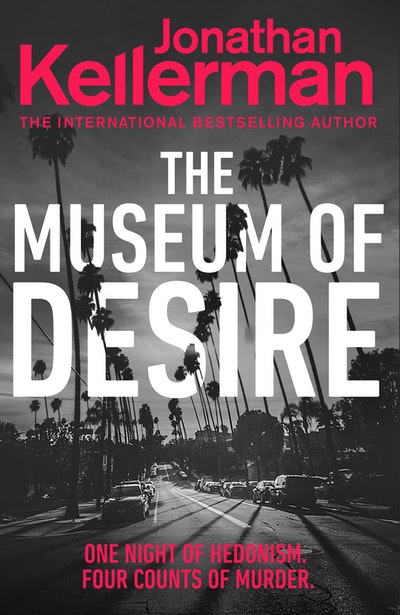 His last stretch at County had ended eighty-two days ago, then he was back on the street looking for bank. Trying a few things that didn’t work out so having to do this.

He’d filled out a half-page questionnaire: Have you ever been convicted of a felony?

He’d checked No. Later he found out from dudes at the Cyril you weren’t even allowed to ask anymore. He’da lied anyway, it was good to stay in practice.

Looking for shit to steal was Eno’s thing when he was at rich-people houses doing landscaping or roofing. His specialty was small stuff no one would notice till he was long gone. Street sale or pawn at one of the places that didn’t ask questions.

He thought of himself as careful but not careful was not noticing an old Mexican maid at a house in Hancock Park after he spotted a little gold box on a table from outside a sliding glass door. The door unlocked, shiny thing just sitting shouting Come and Get Me!!

Maid’s looking from around a corner. Being sneaky, whose fault was that?

That had earned Eno three months at County while waiting for trial. All charges dismissed because the maid went back to Mexico. Plus they never found the box because Eno had ditched it in some bushes before the cops showed up.

Lack of evidence, his PD announced. Proud of herself, like she did something.

Maybe he should go back and look for the box in the bushes. Nah, be careful.

So now he was pushing a big plastic wheelie can up a long private road early on a Sunday morning. The can full of gloves and bleach and soaps and rags and Windex, a broom and a shovel attached to the side.

Another party house to clean up. Worst job he’d ever had, getting up at five a.m. to start at six, being driven all over the city in a service van, Laquitha at the wheel, glaring at him and the other cleaners like they were the garbage.

He’d worked two houses this month, not a single lick. No surprise, he guessed; the places were mostly empty except for rented furniture.

The disgusting shit people left behind, even with the gloves it grossed Eno out.

He’d do it just until something better came along. If nothing fell into place soon, maybe he’d take the next step: mask and hoodie up, get weaponated, do the gimme-your-money-motherfucker!!!

Targeting drunk downtown club yuppie scum weaving around like worms. Lots of clubs walking distance from his room at the Cyril. What a shitbox that was, not much better than a cell.

At least Section 8 was paying for it.

As he pushed the wheelie, he tried to concentrate, always a challenge. Yeah, easy enough to take the next step and just go for the gold. Unless you got blowback from a drunken yuppie. Eno had never been a fighter and at forty-three he had no muscles left.

Motherfucker fought back, Eno would have no choice.

Maybe too big a step.

Meanwhile he’d do this. Pushing uphill, his mind wandering. Nothing at the top except other people’s shit.

He stopped for breath, arms and chest and legs aching. A few more steps and the drive curved around and he finally saw the house.

Whoa! Biggest one so far. More like one of them castles, with two of those things that stick out on castles on either end, whatever they called ’em. The whole thing looked like it was made of gray castlestones. Then Eno saw it was just regular stucco with lines in it. Fakeout, but still, like a castle.

As he got closer, the house got even huger. Like it was put there to make him feel small. All that was missing was one of them water thingies they put around castles, alligators and dragons swimming around snapping their jaws. One of them . . . mokes. ­

That would be something, big moke full of monsters, just waiting to grab you by the business. Chain-saw teeth, before you knew it, you were a street taco.

Not only didn’t this castle have no moke, there was nothing out front period, not even a lawn, just dirt.

Why couldn’t the company drive him up from Benedict Canyon? He’d asked Laquitha.

No answer, bitch just sped off.

Leaving him with a fucking hike. Eno hated hiking, reminded him of when he was doing state park service as part of his first arrest at fifteen in San Bernardino.

He finally almost got to the top. Place was a joke lick-wise; halfway up, he’d seen an alarm sign from a company he knew had went out of business five years ago. A Protected By Video Surveillance sign but no cameras.

On top of that, the gate on Benedict was left wide-open since like three a.m. Saturday when the party ended. The crap that was gonna be left behind, sitting there, all clotted and sticky, a pain to scrub.

Another pause to breathe then he made it to flat ground. The place was huuuge, would take every minute of the seven hours Bright Dawn gave him. Twelve bucks an hour plus the shit lunch they packed for the workers. Huge place but a one-man assignment.

The rules were always the same: Start with the outside, then do the inside, there’d be a back door left unlocked.

Eno looked up at those two tall things, what did they call them . . . tur . . . bines? No, turbits. Coupla turbits sticking into the sky. Darker gray than the sky. Everything gray.

June Gloom his aunt Audrey used to call it. But this was May.

Maybe there’d be something here, not just red cups, empties, used condoms and needles. He looked for access to the backyard. Nothing on the left, there was a stone wall blocking him. But walking to the right side of the castle showed him another iron gate, wide open.

Nice iron, all fancy with squiggly things and flowers and twisted bars. The metal by itself some serious bank but he had no way to transport it. Years ago, he’d gotten into copper wire, did real good selling to places on San Fernando. Then, at a plumbing supply yard on Alameda, he got nailed by a junkyard dog that came outta nowhere and busted by a rent-a-cop with a Glock. ­

That had earned him five months at County, grand theft pled down to petty, the first forty-five days in the infirmary healing his leg. The rest of his sentence they had to put him in protective because all the regular cells were taken up by gangsters.

He pushed the wheelie through the gate opening. What shoulda been a driveway but was dry dirt. Like someone built the castle then hated it and decided not to finish.

It took a while to get past a long wall of fake-stone but finally he reached the backyard.

More nothing-green, just a wall of trees all the way at the back, like someone was trying to take out a forest. Facing the back of the castle was one of those covered things rich people used for sitting in, a round dome roof covered by dead brown vines that reminded Eno of coiling snakes.

Over to the right was an empty blue hole where a big pool woulda been if the hole had water. At least one lucky break, he wouldn’t have to fish out used condoms. But around the fake-stone pool deck he spotted some, along with red cups and broken bottles.

Eno wasn’t paying attention to any of that. His eyes were to the left of the pool. Something different.

A super-stretch Town Car, white, one of those prom specials.

Eno had ridden in one when he was nineteen. Invited by his friends when they graduated high school even though he’d dropped out in tenth.

Laughing but also pissed off at Eno. Not letting him use the bathroom to clean up, he had to go outside and shiver naked while he hosed himself off.

So fuck proms and stretch white Town Cars. Fuck this job, he was definitely gonna mask-and-hoodie and take the next step.

But meanwhile, maybe something shiny in the limo.

Maybe he’d get to roust some naked chicks, get looks at their tits as they panicked to get dressed.

Smiling, he left the wheelie in place and strutted toward the limo. Tried to peer through the windows. Tinted too dark.

“Dude. Party’s over, you need to leave.”

Stoned out? Or just shining him on.

That made Eno’s face feel hot, same feeling as before his assault beef, some loser in a Bakersfield bar saying he was a fag and getting razored across the face down to the bone.

Feeling his body tighten in a way he hadn’t felt in a long time but liked, Eno flung open the driver’s door.

Saw what he saw and felt his stomach go nuts. Like he was going to barf.

He trembled, mouth-breathed, felt his heart racing. Turned to look at the back of the limo but a sliding black glass panel blocked his view.

He backed away. Frozen.

Then—he couldn’t explain it but he just did it. Opened the rear door and looked inside.

Oh, shit, bad idea. Now his stomach felt like it was shooting totally out of his mouth like all his insides were coming loose.

Oh, shit, this was different this was bad-different.

He slammed both doors shut, felt what was left of his breakfast burrito shoot up and out and miss the limo’s spotless white paint and land on the dirt.

What to do now? He’d seen lots of things but he’d never seen anything like this, what to do?

Reaching into his jean pocket, he pulled out the phone he’d just bought from a homeless guy on Grand Street. Piece of shit, ten bucks, thirty-three minutes left.

Use the time to call the company? Nah, no one was in the office this early.

What would they say, anyway?

Eno’s day to be a solid citizen.

The Museum of Desire Jonathan Kellerman

The gripping new thriller from the Number One New York Times bestselling master of suspense.