It’s impossible to say how the vanishing began or if it was already ended, thought Anna. Or, for that matter, how to begin. Whether it’s about me or her or him, whether it’s she or we or you, whether it’s now or then or sometime soon. And not having even the right voice tense pronoun makes it so much harder. Perhaps even impossible. Were words? as Francie pointed.

Well: were they what?

As if they too were already then falling apart, so much ash and soot soon to fall, so much smoke to suck down. As if all that can be said is we say you or if that then. Them us were we you?

Maybe Francie is happier not being able t-t-to say anything, Tommy stutters. I mean, is translating experience into words an achievement at all? Or is it just the cause of all our unhappiness? Is it our tragedy and our ongoing conceit? The world gets carried away with words, phrases, and elaborate paragraphs. One word leads to another and soon enough you have affairs, wars, genocide and the Anthropocene. Silence, according to Tommy when in his cups, is the only place where truth can be found.

And what do we have instead? Noise—babble everywhere.

For a long time he had been aware of a growing scream that was within him and outside him, continued Anna’s brother. He tried to contain that scream, it made him stutter, but it kept insisting. The world grew daily hotter and smokier and nightly noisier: more construction noise more insects disappearing, more road noise more fish stocks collapsing, more news noise more frogs and snakes dying out, more brexitrump climatecoal more and more, more and more fucking tourists everywhere, even here in Tasmania even here at the end of the world, well they were queueing at the top of Everest what could you expect?—more jackhammers more reversing trucks and falling and rising cherry pickers b-b-beeping, more tourist coaches clogging small streets more rolling suitcases click-clack-clacking in the street more Winifuckingbagos more airbnfuckingbs more locals sleeping in tents all around the city until even his dreams filled with a nightmare of noise movement growth that seemed to benefit no one and only grew things that left people unsettled unhappy that made people poorer; an ever greater panic expressed as movement, a fear of stillness, tourism that was meant to save the island had become the very opposite, tourists even shat in the front yards of locals what the fuck was that saying? They’re pulling poor fucking penguins out of their holes holding them up for selfies to Instagram, who were these people? They came in budget flights they came in cruise liners—every year larger, louder and more childish death stars betopped with ever bigger water slides bungee jumps and video screens pushing out just beneath their haze of bunker fuel smoke forced hap-hap-happy, says Tommy. Far-far-fucking penitentiaries f-f-faking fun floating over Hobart looks like Noddytown does everyone want to be seven?

Just over the mountain behind the city the fires are burning ever closer, every day news reports social media feeds pictures of evacuation centres crowded with hundreds of people it was like a war they were like refugees it was a war and they were losing who was winning who? On his phone the government was calling for more coalmines new coal-fired power stations they’d jail you for twenty-one years if you protested the same as murder now in Australia for calling bullshit on fire they couldn’t get enough fire and smoke but he was scared, in truth, he was t-t-terrified, he had had enough. Tasmania was where you came to get away from all that shit but now it was even here, ancient forests vanishing, beaches covered in crap, wild birds vomiting supermarket shopping bags, a world disappearing some terrible violence returning for a final reckoning.

How what why who?

And as there was more and more of all these things, says Tommy, there seemed less and less of the world maybe less and less of him. The ladybirds gone soldier beetles bluebottles gone earwigs you never saw now gone beautiful brilliantly coloured Christmas beetles whose gaudy metallic shells they collected as kids gone flying ant swarms gone frog call in spring cicada drone in summer gone gone giant emperor gum moths big as tiny birds, powdery Persian rug wings thrumming of a summer night gone and all around them the quolls potoroos pardalotes swift parrots going going going. There was way less of everything, says Tommy, she should come with him crayfishing why would anyone? The great kelp forests gone abalone gone crayfish gone! Gone! Gone! Something was wrong he felt it as a pain as a sickness growing within him, growing going gone, a tightness of chest and flesh a shallowness of breathing, day after day night after night. You hear it you can’t stop hearing you know?

Did she think the problem was love? No one knows how to love was love gone? was it? His own heart felt smaller than a phone, did she know what he means did she know did she?

Anna told Tommy he did go on. But she felt it. She felt it eating her. She felt something going. But what was it? She felt her phone vibrate. What happened? What went wrong? Sorry, Tommy, Anna said. She just need want escape this that just check sorry something everything anything.

Tommy went to a Marist Fathers’ boarding school at Burnie. Burnie: port, paper-pulp mill, pigment plant, p-p-paedophiles. Came home with a stammer after his twelfth birthday. Tommy drank. Ronnie went to Marist too. Maybe Ronnie would have drunk even more. They talked about Ronnie a lot, certain stories, but not the story, never the story, they talked about his ways, his simple little sayings and tics, his beloved toys and Bup his dog, but mostly they talked about Ronnie’s future.

Anna Tommy Ronnie Terzo, each more or less two years apart in that order, and Ronnie, they told each other, the most gifted of them all. Great athlete. Great mind. Maybe yes maybe no maybe he lived, Anna said, maybe he became very fat maybe he drank maybe he died of a brain haemorrhage when he was forty-seven. It wouldn’t matter when he died though because he was the most gifted of the four children and he would still be dead, one hundred and thirty-two kilos of precisely nothing precisely dead, forty-seven or fourteen did it matter when?

That’s how Ronnie’s brothers and sister talked about him, in a circle that went nowhere, but spiralled only inwards, inventing alternative futures for their brother. They called it ronnying. A vortex. A vortex of ronnying.

He would like to be reborn, Tommy confessed, as a tree, which tells you as much as you really need to know about Tommy. Anna said if he were a tree today he would be burning and Tommy says he already is. His son, Anna’s nephew Davy, is a schizophrenic and is tormented by voices, which is to say words, says Tommy. Tommy worries—obviously—and maintains the battle to love is the battle to keep words at bay, a battle his son lost.

Perhaps that is why when Francie asked her what had happened to her hand, Anna said nothing. She put in front of their mother the cup of slurry they agreed to use the word tea to describe, thickened to a gel so that she wouldn’t drown drinking it, and soon enough, with the first sip, Francie was on to another subject, this time the things she had seen in the cave outside her hospital window earlier that day: animals turning into birds and then into plants, the dray full of the old people that the Tiger had talked about at the end.

Anna left her mother’s side and went over to the window. There was, of course, no cave, no dray and no metamorphosing animals, only a bleak cityscape. She was possessed by an overwhelming urge to jump through the glass, although it was several storeys up and an unforgiving Hobart street lay far below.

But Anna had the sudden sense, that sense you have in dreams, that if she leapt through the window she would not fall to her death but rather that her fall would gently arc into a powerful swoop, and she would find herself flying up Campbell Street, past the marvellous old synagogue in all its mystical Egyptian revival splendour, built by the freed Jewish convicts as if to say both that this island of Van Diemen’s Land was their Egypt and that it was not, that it was also freedom.

She would fly over it, not at height, her flying was not so assured, but a metre or two off the ground, flying at a joyful, somewhat terrifying velocity as she glided here and there, her turning controlled by the slightest lean of her shoulders or minutest movement of an outstretched leg in the way she had known in her dreams as a child, a matter of simultaneous stillness and movement; of, in other words, the most perfect balance, all held in control by absolute concentration, an intense focusing on the subtlest of the body’s actions, one false movement and the magic ends in the most cataclysmic fall.

But if Anna just believed in the powers of flight a little longer, very soon she would be where she would need to be, which is to say a place of quiet and green, of reverie, perhaps transcendence— 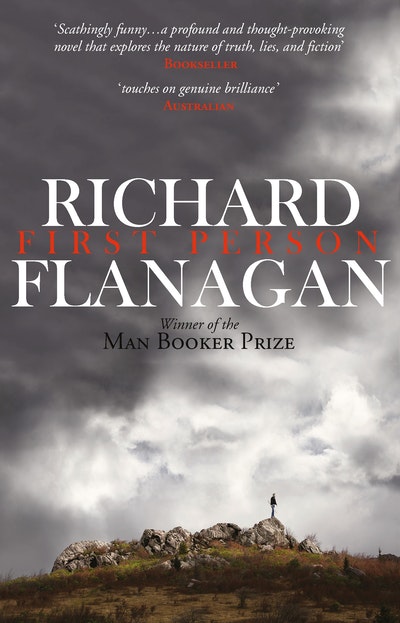 Our first battle was birth. 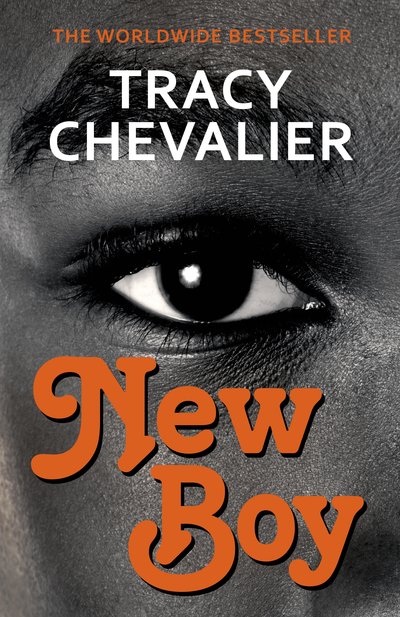 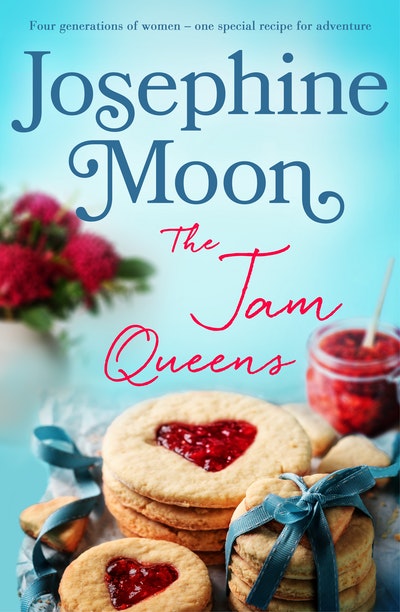 Aggie unfolded the piece of paper and lifted it onto the tip of her forefinger. 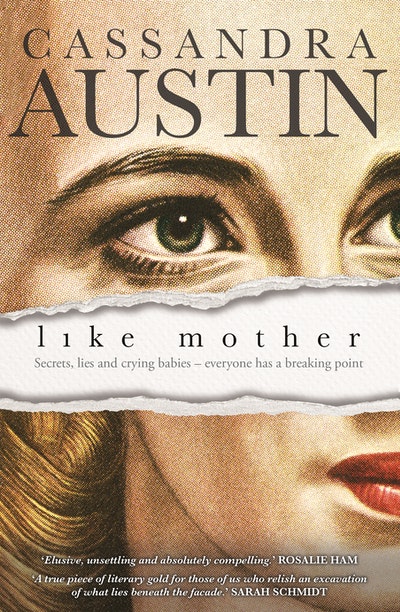 Her baby’s fingers look like small furled leaves and Louise lifts them to her lips to kiss. 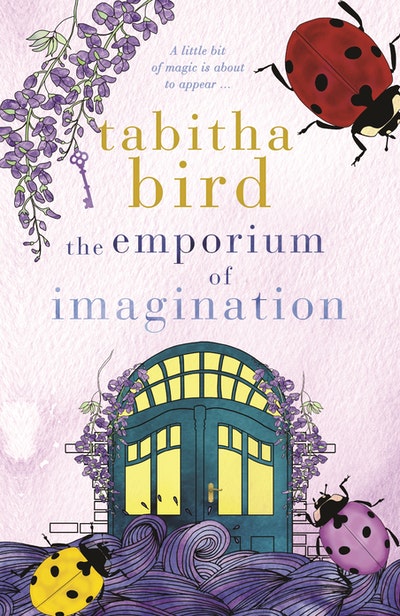 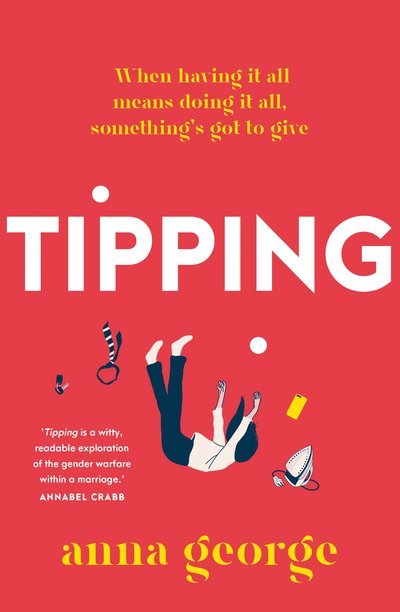