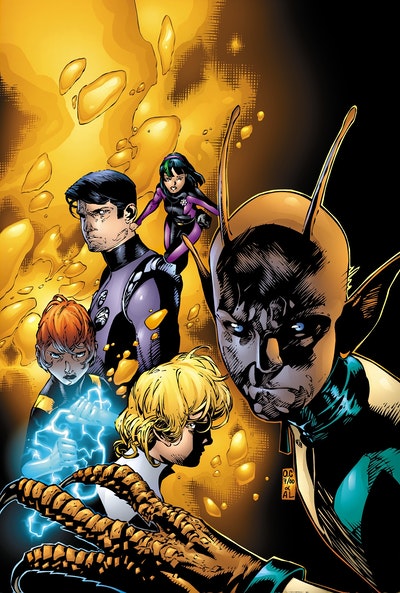 The Legion by Dan Abnett and Andy Lanning Vol. 2

The complete series of LEGION LOST is collected together in THE LEGION BY DAN ABNETT & ANDY LANNING!

Following the destruction of the Legion Outpost base by a tear in the fabric of space, Saturn Girl, Brainiac 5.1, Chameleon, Umbra, Kid Quantum, Live Wire, Apparition and Monstress find themselves lost on the far side of the universe. As they cross the galaxy, the Legion discover that the Progeny have been actively slaughtering entire species in genocide inspired by their radical belief that they are the "perfect" life form. They also encounter a mysterious superhero known as Singularity and a creature known as the Omniphagos, a world-destroying monster imprisoned in a "hard light" pyramid. The creature's prison possesses cosmic teleportation capabilities that the Legion attempt to use to return home. Will the team risk everything to make it back home? Find out in THE LEGION BY DAN ABNETT & ANDY LANNING.