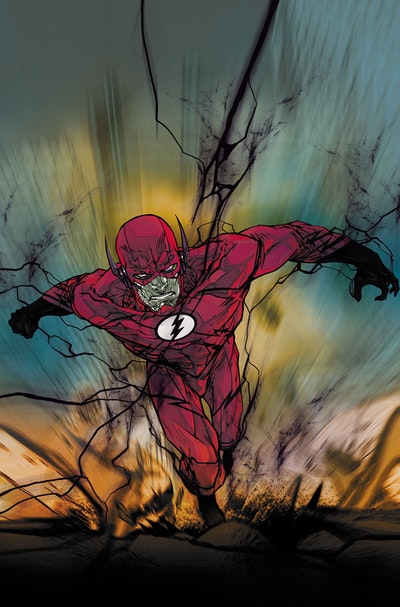 The Fastest Man Alive continues his monumental run in DC Universe Rebirth with THE FLASH VOL. 5!

Dark clouds gather around Barry and his new family. Can The Flash act fast enough to save everyone he has ever loved?

In addition to being one of the most important characters in the DC Universe Rebirth event, the Scarlet Speedster has also made huge strides to keep himself in the public eye. The Flash television series will soon be entering its fourth season in 2017 and retains massive popularity with millions of viewers as one of CW's highest-rated TV series. The Flash will also be featured in the 2017 theatrical release of Justice League, as well as a stand alone film in the near future.

"Joshua Williamson's writing is on-point."--Nerdist  "Writer Joshua Williamson makes [THE FLASH] as accessible as possible to new readers."--Comic Book Resources  "A promising start for the new series."--IGN "Plenty of action, emotion, and twists"--Newsarama