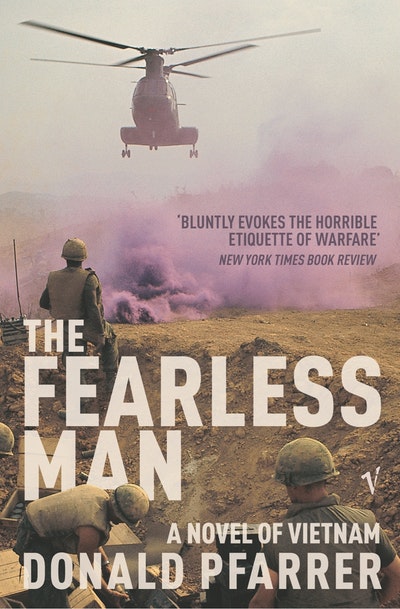 A Novel of Vietnam

Destined to become a classic, an excruciatingly realistic story of a marine captain as he descends into the maelstrom of infantry combat in Vietnam.

On its publication in 1982 James Carroll called Donald Pfarrer's NEVERLIGHT 'the most intelligent and moving novel that I have read about Vietnam'. Paul Fussell wrote that it was 'one of the finest novels 'about war' I've ever read, and that includes A FAREWELL TO ARMS'. Now, more than twenty years later, Pfarrer revisits the conflict and creates a modern classic - an epic war novel that bears comparison with Mailer's THE NAKED AND THE DEAD. Captain MacHugh Clare is a seasoned soldier. His men respect him above all others. His mission is to lead his company into the mountains and destroy a hidden cache of the enemy's weapons. This incursion stirs up a deadly resistance. With Mac is Paul Adrano, a Catholic chaplain who has volunteered to serve in combat to test his faith - and test it he does. Adrano also slowly realizes that his vow of celibacy is incompatible with his feelings for Rebecca Vanburen, a Navy nurse treating wounded marines at Da Nang. As Mac's company struggles with the North Vietnamese, THE FEARLESS MAN also tells of the struggle of Sarah Clare back home, of her awakening to the new opportunities opening for women in the late sixties. THE FEARLESS MAN gives the reader not only one of the most vivid and indelible pictures of combat in Vietnam, but also, in a remarkably astute and wise way, depicts the home front and the trials of those whose lives have been put on hold.

Donald Pfarrer is the author of Cold River, Neverlight, Temple and Shipman and The Fearless Man. He lives in Cambridge, Massachusetts.

Praise for The Fearless Man

It is impressive in its ability to draw you in to the battle-scenes... Reminiscent of Hemingway and James Jones... The Fearless Man leaves you desolate and exhausted.