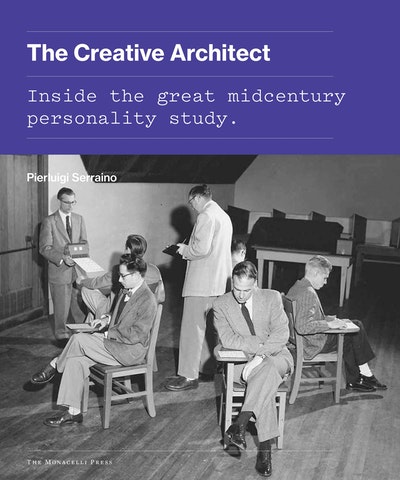 The history of a fascinating and forgotten study--never before published--of the creative capacities of forty preeminent midcentury architects.

Rarely has the architectural profession, or any creative discipline, undergone such close scientific scrutiny as it did during the 1958 inquiry on the creativity of architects. The directors of this study at Berkeley's Institute of Personality & Social Research masterminded an investigation that drew 40 of the greatest architects practicing at the time, subjecting them to three days of intensive solitary and group testing, in the idealistic pursuit of mapping their minds.

Deploying an array of tests reflecting then-current psychological theories, the study sought to answer questions that still apply to creative practice today: What makes a person creative? What are the biographical conditions and personality traits necessary to actualize that creativity? For the first time, the study's findings have been gathered and analyzed through numerous original sources, including questionnaires, aptitude tests, and interview transcripts that show how some of the greatest American architects evaluated their own creativity and that of their peers. In The Creative Architect, Pierluigi Serraino charts the development and implementation of this historic study, producing the first look at an amazing and unknown episode in the annals of modern architecture.