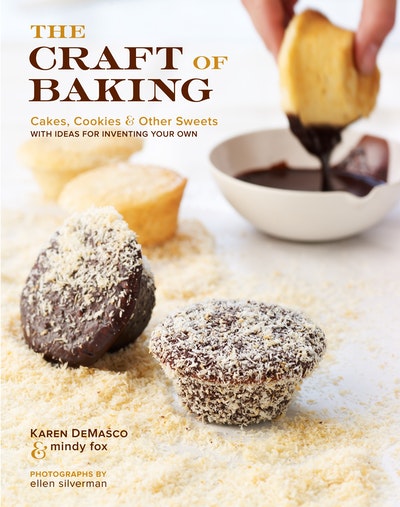 The Craft Of Baking 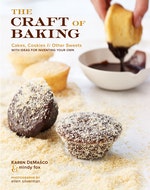 Cakes, Cookies, and Other Sweets with Ideas for Inventing Your Own

James Beard Award—winner Karen DeMasco, who first came to national attention as the pastry chef of Tom Colicchio’s Craft, Craftbar, and ’wichcraft restaurants from 2001 to 2008, approaches the art of baking in a unique way. Building on the savory cooking philosophy of using seasonal ingredients to create dishes with pure flavors, Karen makes acclaimed desserts that are both simple and elegant. Now, she shares her secrets and techniques in her first cookbook, The Craft of Baking, designed to help home bakers think imaginatively in order to expand their repertoires with new and fresh combinations.

Using the bounty of the seasons as inspiration and Karen’s clear instructions, both beginners and experienced bakers will find it easy to let their creativity take the reins. Learn how to make Karen’s celebrated sweets, such as Apple Fritters with Caramel Ice Cream and Apple Caramel Sauce, White Chocolate Cupcakes with White Chocolate Cream Cheese Buttercream, and Raised Cinnamon-Sugar Doughnuts. Then check out the tips on "varying your craft" to transform Grandma Rankin’s Cashew Brittle into Pumpkin Seed Brittle and to alter a cobbler recipe to make Rhubarb Rose Cobbler in the spring or Mixed Berry Cobbler in the summer, for example. Karen’s suggestions for "combining your craft"–such as serving Almond Pound Cake with Apricot Compote and Lillet Sabayon–reveal how easy it is to take desserts to the next level.

Karen’s ingenuity is boundless. All types of sweets, from muffins and scones to pies and cakes to ice creams and custards, are her mediums for exploring flavors. With Karen’s simple techniques, unique flavor combinations, and inventive ideas, The Craft of Baking will change the way you think about baking and equip any home cook with the skills and creativity to create amazing, one-of-a-kind desserts.

KAREN DeMASCO was the pastry chef overseeing the desserts at Craft, Craftbar, and ’wichcraft from their opening in 2001 until 2008. The winner of the 2005 James Beard Award for Best Pastry Chef, DeMasco has worked in many of America’s most illustrious pastry kitchens, including Chanterelle and Gramercy Tavern of New York City and Fore Street restaurant of Portland, Maine. She is the pastry chef of Robert De Niro’s restaurant Locanda Verde in New York City.