The Cottage at Rosella Cove

The gravel crunched beneath the tyres as Nicole slowed the beat-up Holden Barina on her approach to the cottage. Along the peninsula that spilled down the steep cliffs into the ocean below, the sun cast long shadows.

The cottage coming into view was smaller than she’d expected, but she supposed these things were hard to judge based on a few thumbnail pictures on the internet. Still, she was lucky to be here, to have somewhere to go, so she shouldn’t complain.

She pulled up beside the broken picket gate, barely visible beneath the tangle of weeds that smothered the old fence. She wiped tears from her eyes. They still fell sporadically now, the fourhour drive doing little to dull her emotions. At least the shaking in her hands had stopped.

A cool breeze hit her bare arms and she hugged herself tightly. The taste of salt touched her lips.

The air was sharp and clean as she drew a deep breath and counted to ten. She shivered; something was not quite right. Then she recognised it. Quiet. No sirens. No traffic. No constant hum of the thousand indistinguishable sounds that surrounded you in the city. Just the breeze and the gentle crash of waves she couldn’t see.

Nicole opened the boot and she stared at the contents of her life, stuffed into the tiny hatchback – one suitcase of clothes; one box that contained a knife, a spoon, a fork, a plate, a bowl and a couple of packets of food; one brand-new phone with new SIM; one laptop.

Deep breaths, she told herself.

She grabbed the suitcase and shoved the gate open, tearing off weeds to free it a little. If there was a path to the verandah, she couldn’t see it. Dragging herself through the knee-length grass, she hoped there were no snakes. Were there any snakes in this part of the country? She had no idea. She’d never even heard of Rosella Cove until a few weeks ago.

She went up to the safety of the verandah and opened the door. It creaked loudly and as Nicole stepped into the doorway, the air from outside whooshed in. She started coughing and choking as billows of dust swirled around her. How long had it been since anyone had set foot inside this house?

She flicked on a light and took in her new home. Home. Such a foreign word.

Above her the ceiling was cracked and yellowed, pieces of plaster missing here, sagging there. The paint on the wall stretching away to her left was peeling. The stench that assaulted her nose – old, musty, some sort of caustic funk – was almost too much to bear.

As she took a few steps in, the floorboards beneath her groaned in protest.

There was a thud and a screech.

Nicole jumped, dropping her suitcase, and it opened, clothes spilling into the dust.

In the corner of the room that opened out from the hallway, a pair of small yellow eyes stared out at her, daring her to make a move.

Nicole’s chest pounded and she scooped her clothes back into the suitcase and ran outside.

Locked inside her car, she concentrated on her breathing – in, out, in, out. How on earth had it all gone so wrong? How had she ended up here?

She knew how. She just hadn’t come to terms with it and wasn’t sure she ever would. But she had to try. As hard as it was to accept, this was her new life now. For a little while at least.

‘No peeking.’ Mark’s hand rested gently across Nicky’s eyes. The warmth radiating from his body as he pressed against her back enveloped her, and he directed her towards the balcony of his fifth-floor apartment. Their apartment.

‘What’s this about?’ She laughed.

A warm breeze hit her as they went outside. The rumble of the constant traffic below, the music of early morning.

On the small glass table in the middle of the balcony sat a laptop with a fat pink bow stuck to its top.

‘Happy six-month-aversary.’ His grin revealed dimples that gave her goosebumps. Man, she loved those dimples.

‘I thought moving in together was our six-month-aversary present.’ She hugged him tightly.

‘It is. But this is just a little something extra. You can’t keep using that dinosaur you call a computer. Not if you’re going to be a serious writer.’

A serious writer. It was all she ever wanted to be. And she’d finally written something that looked like a manuscript, but she couldn’t seem to find her flow to finish it. The story she’d been working on the last twelve months had stalled and she couldn’t find her way out of the funk.

‘You’ll get there, princess.’ He kissed the top of her head.

A tear slipped down Nicky’s cheek. You’ll get there – her mum’s favourite phrase.

‘I know.’ She was so grateful for Mark, every day. But nothing, no one, could replace her mum. Joy and heartache fought within her – six months with Mark, six months without her mum.

‘Why don’t we head down to the park after breakfast and you can take your new toy and see if inspiration strikes?’

Mark cooked up a delicious meal of eggs Benedict and smoked salmon and made a thermos of hot chocolate for Nicky to take with her. In the shadows of the skyscrapers they wove their way through the grey streets of Sydney’s CBD, past the businessmen in black suits, until they reached the green solace of Hyde Park. Middle-aged men rode their bikes at top speed along the paths and women in their activewear pushed expensive prams as they sipped on organic decaf soy lattes. Nicky had stopped going to the café on the corner of the park where the barista would frown down at her for ordering a full cream hot chocolate with extra marshmallows.

Moving in with Mark to the slick suburb of Surry Hills, thick with its fashionable cafés and bars and boutiques, was going to take some getting used to.

When they got to the middle of Hyde Park, Nicky set herself down on an old wooden bench under a large Moreton Bay fig. Dark green leaves dangled on grey branches hanging from the trunk, which melted into the ground in ribbons of tall, thick roots.

Mark kissed her goodbye, put his headphones in his ears and continued on through the park to his office on Macquarie Street. Their usual Friday morning ritual. Only today Nicky had her new laptop with her. Some days her fingers would float across her old keyboard creating flowing paragraphs, her mind liberated of clutter, free to compose unhindered. Other days her fingers would lie motionless beside her as she watched the passing ensemble of city-dwellers glide about their day, oblivious to her scrutiny. Then, later that evening, all the images and sounds and smells would transform in her mind. The old woman in her sunflower dress walking her tightly crimped toy poodle might become the nosey neighbour of her protagonist. The tall, well-built man shouting at his child not to run away might have just the right jawline or hairstyle her hero needed. The smell of vinegar on fish and chips as two black-clad teenagers strutted by might help set the scene of her fallen heroine’s childhood home. Scenes that didn’t make it into her current work were scribbled in notebooks under her bed, waiting for their story to be told.

Lately, though, inspiration had been conspicuously absent.

She flipped the new laptop open and her fingers darted across the keys. All background noise melted away until the only sound Nicky could hear was the tapping of the keyboard.

She stayed in the park till the cool afternoon breeze sent shivers up her back. Then she hurried home, stopping at the small supermarket one street over from their apartment on her way.

When Mark got home, Nicky was in the kitchen surrounded by potato peelings and torn basil and white fatty bits of chicken strewn across the bench.

‘What happened here?’ Mark lay his briefcase on the side table at the front door.

‘I did it. I figured out how to fix my manuscript and I wrote all day. I finished it.’

‘So you thought to celebrate you’d poison us?’ Mark laughed and started clearing up the meal, if it could be called that, that Nicky had spent the last hour preparing. ‘Nicky, I love you, but I thought we banned you from the kitchen.’

He put down the plates and wrapped her in a tight hug.

‘I know. I was just so excited. I wanted to do something special for us.’ Nicky looked up into his dark brown eyes, which crinkled around the edges as he held back more laughter. ‘Okay.’ She smiled. ‘Maybe cooking wasn’t the best idea.’

‘No, but why don’t we order in to celebrate instead?’

After dinner they sprawled on the couch, wrapped in each other’s arms. Mark traced his fingers up and down Nicky’s hip while Adele played softly in the background. ‘Make You Love Me’, the song they first kissed to, came on and they looked at each other and smiled.

‘You are the most beautiful woman I’ve ever met.’ He brushed her long black hair aside and kissed her freckled cheek.

No one had ever called her beautiful before.

‘And I’m the luckiest woman in the world.’ She rolled over and sat on top of his hips, running her fingers through his short black beard.

‘Good.’ He reached up and pulled her head towards his, kissing her long and hard.

Happiness surged through Nicky. Her life was more perfect than she ever could have imagined.

The heartwarming new novel by the bestselling author of The Kookaburra Creek Cafe. Welcome to Rosella Cove, where three damaged souls meet and have the chance to rewrite their futures. 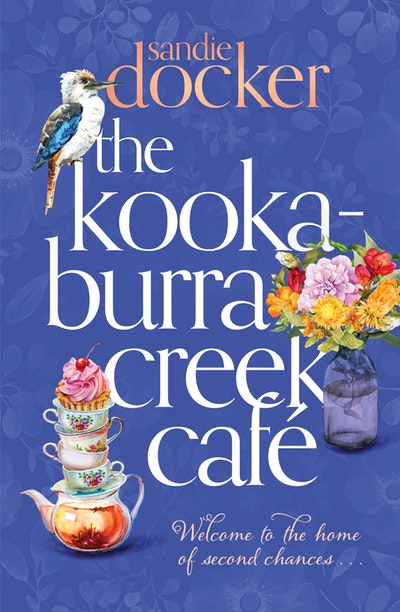 She ran as fast as she could. 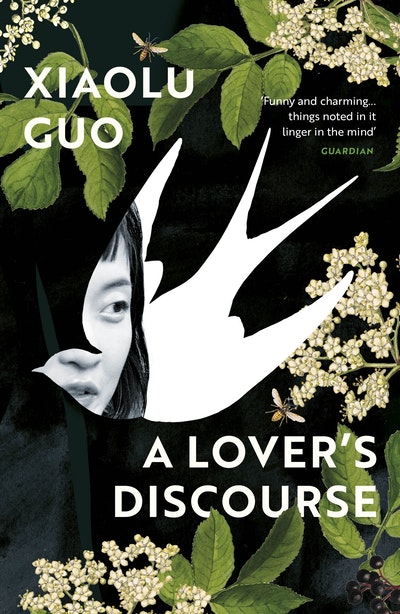