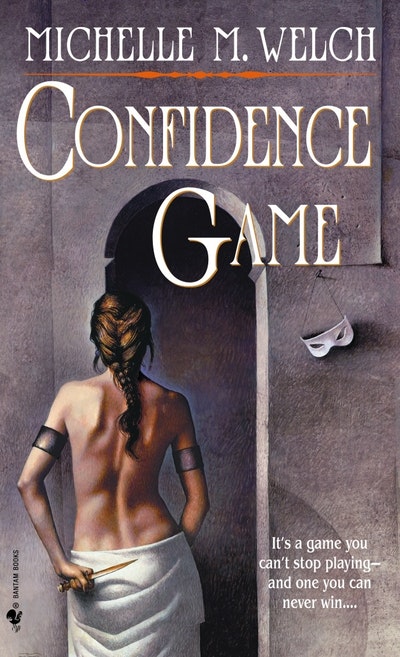 Beneath its peaceful exterior, Dabion is a land of violence and intrigue, its politics run by judges, schemers, and spies. Elzith Kar is one such spy, gifted with an uncanny skill derived from rigorous training—and an unusual magic inherited from parents she never knew. Dabion may have use for her talent, but its rulers fear the magic that tempts it, so Elzith has hidden her history and true power, becoming a master player in a game she despises.

But now, as she heals in the aftermath of a dangerous mission, Elzith finds herself temporarily forced into life as a civilian. It is here she finds Tod Redtanner, a humble man with secrets of his own, and feels compelled to tell him her story. But as Elzith’s history unfolds and the present begins to unravel, it soon becomes clear that the past haunts more than just her dreams. And that if Elzith is to survive, she has no choice but to return to the world of intrigue and corruption that was once her domain. And this time she must play to win.

Michelle McCliment has a BA in English Literature and an MA in Library Science, which she uses in her day job as a reference librarian at Chandler Public Library. Michelle has also studied music and played with symphony orchestras, traditional Irish musicians, and Renaissance music groups. Her short fiction has appeared in "Reader's Break" and her debut novel, Confidence Game, was published by Bantam Spectra in October 2003.