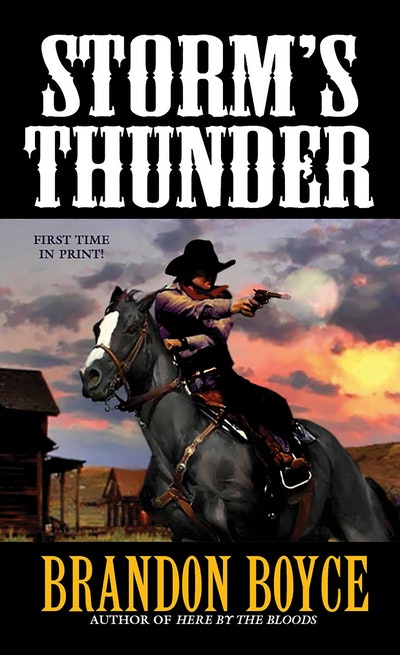 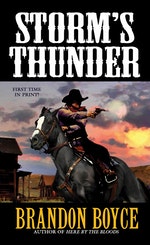 From the bloody banks of the Rio Grande to the edge of the American frontier comes this truly epic Western from the author of the acclaimed Here by the Bloods.

A Twelve Man Massacre
Along the Rio Grande, a dozen bodies fester in the sun. Harlan Two-Trees discovers the massacre, but wants nothing to do with it. Mistrusted by the whites who run Caliche Bend and estranged from the Navajo, Harlan heads west to California—to freedom. He will find the Rio Grande’s bloody baptism does not wash off so easily.

Death Rides Alongside
From his berth aboard the gleaming Santa Fe railway, Harlan brims with the promise of a new life in California. But when a daring robbery maroons him in the desert, he is back in the world he knows—where death is king, and justice comes from the smoking barrel of a gun. Pursued by a murderous, insane, lone lawman who dogs his every move, Harlan has a new goal—to stagger out of the desert alive . . . 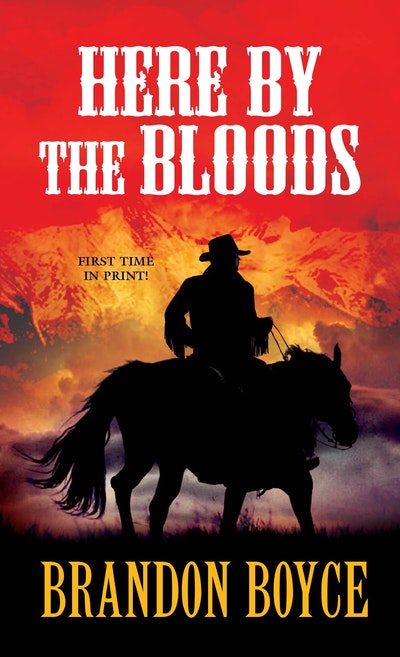