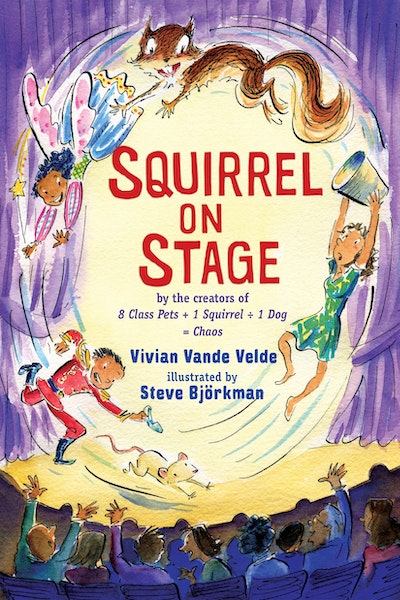 When Twitch discovers the kids at school are putting on a Cinderella play, he can’t believe his luck. He loves good stories! But how to watch the play undetected? He convinces friend Sweetie the library rat to join his adventure to the auditorium, but of course it doesn’t go as planned! Twitch and Sweetie will go behind the curtain and even above stage before the day is over in this fourth book in the celebrated series.

With energetic illustrations accompanying the short, hilarious chapters, told from Twitch and Sweetie’s alternating points of view, Squirrel on Stage is a perfect pick for young readers just starting to seek out longer texts—or a great read-aloud. For aspiring thespians, Squirrel on Stage also includes tips kids can use to put on their own play. 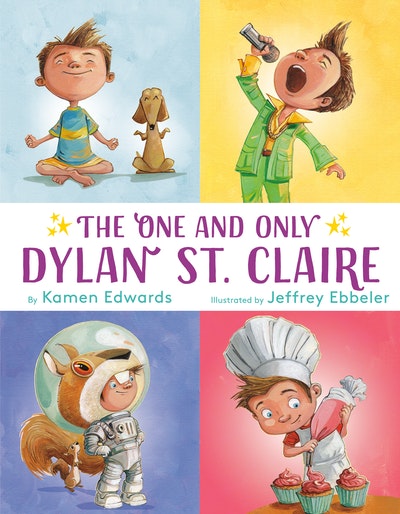 The One And Only Dylan St. Claire
Kamen Edwards 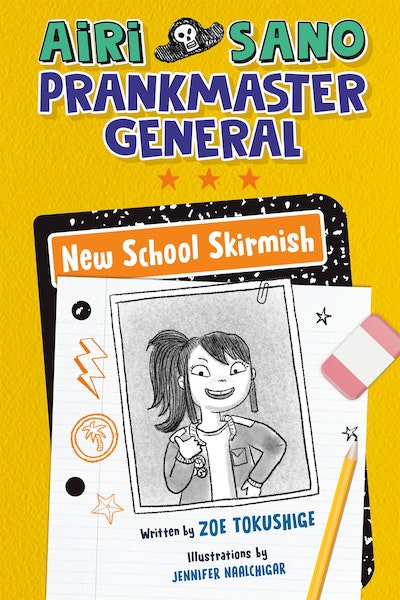