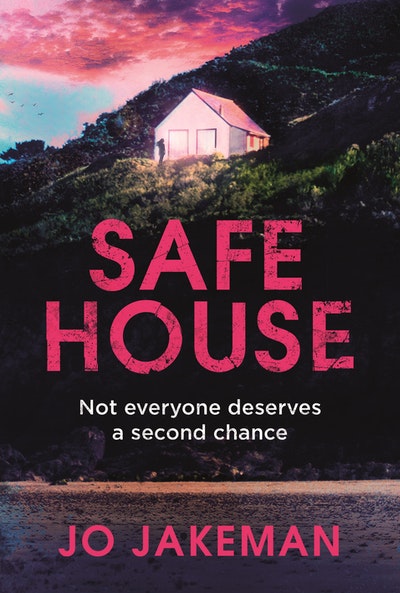 The gripping new psychological thriller from Jo Jakeman, the author of highly acclaimed STICKS AND STONES. Charlie has left prison and wants to start a new life. But when she moves to a small village in Cornwall, everyone wants to know her story . . .

NOT EVERYONE DESERVES A SECOND CHANCE . . .

The morning after a terrible storm, a woman turns up in a remote Cornish village. She calls herself Charlie, but it's a name she's only had for a few days. She keeps herself to herself, reluctant to integrate with the locals. Because Charlie has a secret.

Charlie was in prison for providing a false alibi for a murderer. But Lee Fisher wasn't a murderer to her; he was the man she loved. Convinced of his innocence, Charlie said she was with him the night a young woman was killed. This sacrifice cost her everything.

And now she has a chance to start again. But someone is watching her, waiting for her, wondering if she's really paid the price for what she did.

'Revenge is a dish served with lashings of relish in this vivid, blackly comic suspense novel' Louise Candlish on Sticks and Stones

Jo Jakeman was the winner of the Friday Night Live 2016 competition at the York Festival of Writing. Born in Cyprus, she worked for many years in the City of London before moving to Derbyshire with her husband and twin boys. Safe House is her second novel, and Sticks and Stones was her debut thriller.Find out more at www.jojakeman.com. 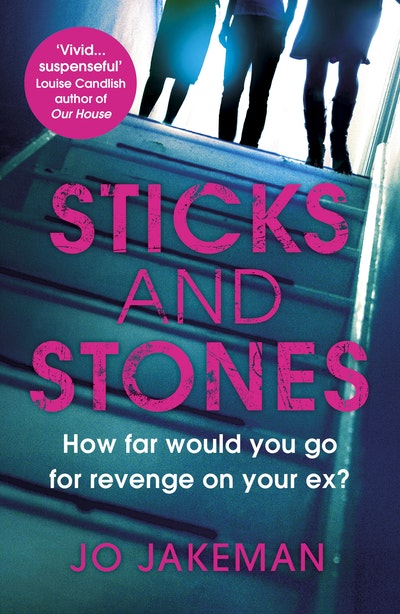 Nerve-wrackingly tense and paranoia-inducing, with a sense of unease that just won't let go. I loved every minute!

A queasily unsettling thriller is suffused with menace.

An excellent, page-turning psychological suspense novel with a great plot and an engaging protagonist! Kept me guessing to the end

I was absolutely gripped by this tale of secrets, lies, and the impossibility of running away from your past. I struggled to put this book down. Fantastic!

Brave, daring and original . . . I absolutely loved it

Twisty and so well plotted

There's a nicely mellow quality to this well-written tale

Clever plotting, a hugely confident sense of place, and more suspects than you can shake a stick at

So much atmosphere, tension . . . Gripping, tense and chillingly claustrophobic

Exhilarating and utterly absorbing, Safe House is an intense thriller written with great flair and heart by Jo Jakeman. I wolfed it down in a weekend, and I defy you not to do the same