“Copy that, Sabre. All eyes show a clear run. Maintain your current heading.”

Command saw no threats, but Floyd knew better than to relax. He had been on missions that had gone from still water to a Category-5 hurricane in the blink of an eye. He checked his radar display and confirmed what he’d been told: no obvious threats.

The engines of his MV-22B Osprey hummed reassuringly as he guided the aircraft low over the pitch black mountainous terrain. They were flying dark with low infra-red in the cabin and cockpit. Floyd used the contours of the illuminated heads-up display to pick out his flightpath. He’d rehearsed the mission endlessly. Cross the Pakistan border near Sham Shah, drop low into the Mangwal Valley and fly north over the mountains of Nuristan, deep into Afghan territory, toward Nangalam and their target. Floyd knew every crease and wrinkle in the rugged terrain, and guided the Osprey with a deftness of touch that meant the Green Beret unit in the main cabin were hardly stirred.

“Give them the sixty,” Floyd responded.

Nat had the winning smile of a college quarterback. He flashed it now, flipping the cabin ready light from red to green.

“Colonel Elmore, sixty seconds to target,” Nat said over the radio, and turned to give Elmore the ready signal—an index finger wound rapidly through the air.

Floyd glanced over his shoulder and saw sixteen heavily armed men in black tactical uniforms run through their final equipment and weapons checks. Colonel Sam Elmore, a grizzled veteran who was used to wrestling death into submission, gave Floyd a thumbs-up.

He pulled the Osprey into a gentle climb, tracking the gradient of the final hill, about two hundred feet above ground level. As they neared the apex of the ridge, he throttled back to reduce airspeed. There was a moment of inertia as the aircraft levelled out. Then came a stomach-churning change of direction as Floyd allowed gravity to take hold and pull them into the valley on the other side.

“Thirty seconds,” he said into the radio.

Floyd slowed further, and began the rotor tilt. The propellers, which had been configured as a plane, shifted as the motors on each wing ground them out of position, turning the aircraft into a dual-rotor helicopter, capable of a pinpoint landing. Floyd looked ahead to see their target, a compound of four low rectangular buildings, each about the size of two school buses.

“Sabre, you are a go mission,” Command informed them.

Intelligence reports suggested their mission objective was located in the building that lay to the east of the compound, and Floyd had rehearsed setting the bird down within twenty yards of the structure. He banked slightly, dropped to within fifty feet of the deck, and lowered the landing gear.

The simple concrete buildings stood like gray teeth against the black sky, and seemed to grow larger as the Osprey swept in.

Floyd’s heart started racing when he saw a flash of light off to his left. For the briefest moment the silhouette of a man was illuminated against the southernmost building. Floyd recognized the unmistakable shape of a shoulder-mounted rocket launcher, and watched with horror as the projectile traced a line through the sky, heading directly for them.

“Brace, brace, brace!” he yelled, as he banked starboard. “Brace for impact!”

He knew any attempt to outmaneuver the projectile at this range was futile, so he dropped the bird down and killed engine power. If they were going to get hit, being closer to the ground would increase their chances of survival.

Floyd could see the rocket approaching fast, and quickly elevated the port wing in an attempt to keep the impact away from the fuselage. The rocket hit the port engine, and the explosion sent the aircraft spinning. Floyd felt the landing gear snap as the aircraft thudded onto the ground. He was blinded by bright flames, and the cockpit erupted with a barrage of alarms.

“Bravo Nine, sound off!” Elmore yelled, and his unit responded with their condition.

Shielding his eyes against the flames, Floyd made sure the automatic fuel shutoff had killed the feed to both engines. He could see the extinguishers were working, but they weren’t enough to put out the inferno that was raging from the port engine, and spreading fast.

“We need to evac,” Nat said, eying the flames nervously.

“Sabre, this is Overlord. What’s your situation?” The operator’s voice was calm, but Floyd sensed a panicked edge.

“Port engine is on fire,” he replied. “We’ve got to evacuate.”

“Copy that,” the operator replied. “Any casualties?”

Floyd looked at Elmore, who was on the same radio channel. He held up two fingers and shook his head somberly.

“We have two KIA,” Floyd responded, feeling a familiar lurch deep in his gut.

“Copy,” the operator replied. “Do you have eyes on hostiles?”

Floyd peered through the cracked windshield, but saw nothing in the darkness. The glare of the fire was making it impossible to pick out anything further than a few yards away.

“You are to abort and withdraw to secondary RV,” the operator said.

They were being told to abandon the mission and move to a secondary rendezvous point for extraction.

“This is Sabre leader,” Elmore cut in. “Negative. We’re still on mission.”

“You have your orders, Sabre,” another voice responded over the radio. Floyd didn’t recognize it, but he could identify the confident tone of authority.

He glanced back to see Elmore shake his head in frustration. “Copy that, Overlord.”

His co-pilot immediately reached for a safe beneath the instrument panel.

Floyd unclipped his harness and hauled himself up, while Nat touched his finger to a scanner that opened the safe. Inside was a keypad linked to a series of strategically placed charges concealed throughout the aircraft.

“Do it,” Floyd commanded.

Behind him, Elmore’s men opened the cargo bay, and the hull ground against rock as the pneumatic jacks forced the door.

Nat input two codes and a digital display was illuminated. It started counting down from five minutes.

“Colonel, we have five,” Floyd said.

Elmore’s men lowered their night-vision scopes and the two nearest the cargo door ran out in fire formation. The others followed, including two teams of three, who hauled the bodies of their fallen comrades.

Floyd checked the navigation display and made his final radio call. “Overlord, estimated time to RV is two hours.”

“There’s nothing we could have done,” Nat said.

Floyd nodded, removed his headset, and ushered his copilot ahead of him.

“Contact on my nine!” a voice yelled. There was a sudden flash and a blast of gunfire as one of Elmore’s men shot into the night.

Others joined him and a reply came almost immediately, bullets zipping through the air. The plane’s nose was pointing north; the enemy seemed to be located to the west, hidden behind a line of rocks that ran between their location and the compound.

“We’re sitting ducks in this position!” Elmore yelled. “Bravo nine, double time to those rocks on our three.”

He pointed to some jagged shapes about a hundred yards to the east.

Floyd drew his side arm and sprinted as the bullets continued to fly around him. Elmore and his men were laying down covering fire in alternating waves as they fell back to the rock formation. Floyd saw one of the men go down with a leg wound, another was hit in the shoulder, and a third took a head shot that cracked through his helmet.

Floyd and Nat were almost at the formation. More gunfire crackled to their rear, followed by shouts and curses from Elmore’s men as they tracked back to help the fallen. Nat scrambled up a large granite slab and Floyd followed.

Suddenly, a man with a black headscarf wrapped around his face reared up from behind the rock, levelled an AK-47 at Nat’s chest and fired. The volley of bullets sent him shuddering backwards and tumbling down the slab.

Floyd instinctively raised his gun and pulled the trigger. The man in the black headscarf cried out and fell back. Another quickly appeared from behind the rock and rushed forward, but Floyd was too quick. Two shots in the chest put him down.

Floyd hurried down to Nat and tried to find a pulse that wasn’t there. He felt a wave of nausea and wanted to be sick, but his training kept him going. He glanced back toward Elmore and saw the colonel alone in a field of fallen. All his men were either dead or injured. Their mission had become a scene of slaughter.

He fired a volley at targets Floyd couldn’t see. Muzzle flashes flared on the horizon and Elmore was caught by a bullet. Then another. Then another. He cried out in pain and bucked violently as he hit the ground.

Floyd turned away from the horrific scene and climbed up the slab to the first man he’d shot. He grabbed the AK-47 from the dead man’s hands and ran. Behind him, there was a violent dawn as the charges on the Osprey detonated, creating a fireball that reached to the heavens. Floyd felt the searing heat and soft push of the blast wave, pressing him forward into the night. 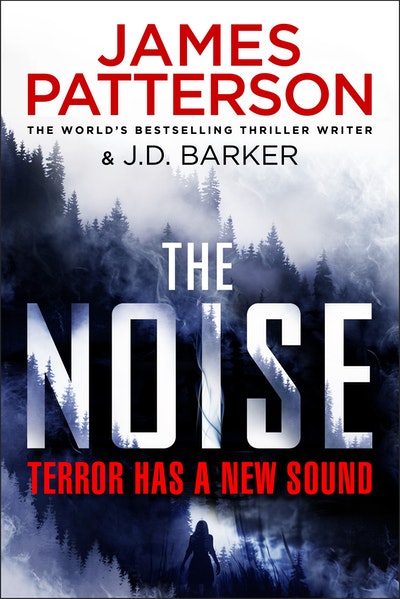 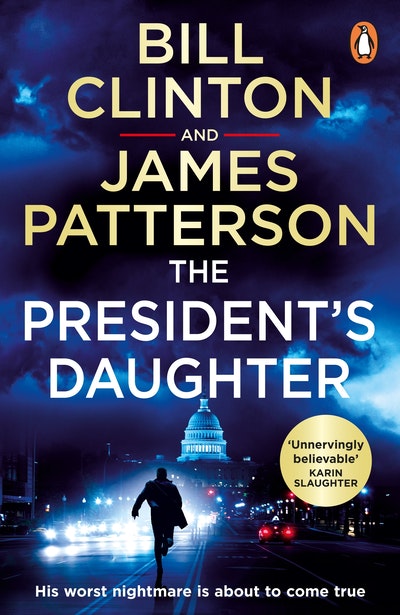 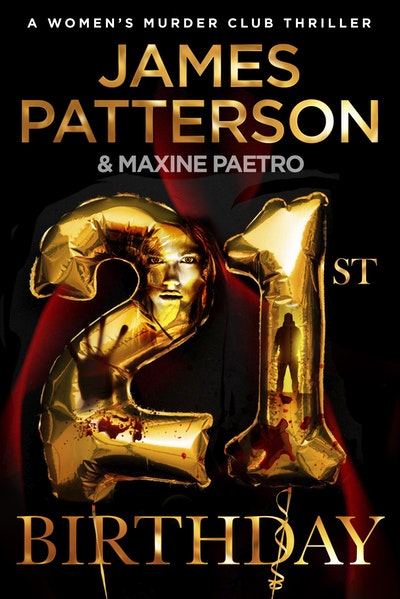